Montenegro's pro-West ruling party has won Sunday's parliamentary vote, according to unofficial results. The news came at the end of a tense day as police arrested 20 Serbian nationals on terrorism charges. 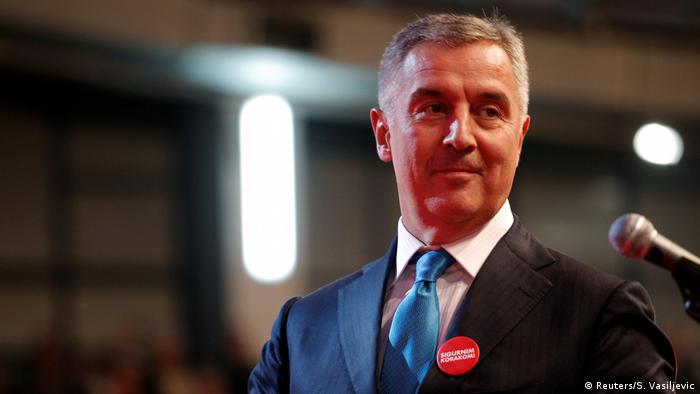 With nearly 100 percent of the Sunday parliamentary vote counted, the Centre for Monitoring and Research (CEMI) has reported that the pro-West Democratic Party of Socialists (DPS) in Montenegro has won 41.1 percent of the votes (36 of the 81 seats in parliament).

If correct, the DPS would have enough votes to win the election, but would be unable to govern alone in the 81-seat parliament.

The results came at the end of a tense voting day, after 20 Serbian nationals were arrested on suspicion of carrying out "acts to create a criminal enterprise and terrorism."

"They are suspected of intent to first take automatic weapons, then to execute attacks on institutions of the systems, police and representatives of state bodies, not excluding high state officials," said Montenegro's national police director, Slavko Stojanovic, in a statement. 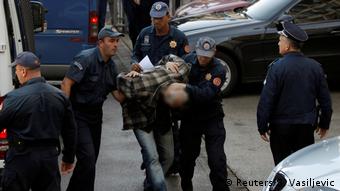 There have been fears that violence could erupt on the streets of the capital, Podgorica, between opposition and government supporters after the results of Sunday's vote were announced.

Prime Minister Milo Djukanovic (photo above), of the DPS, has been under huge pressure from his pro-Serbian, pro-Russian opposition.

Ahead of the election, Djukanovic accused Serbia of serving Russia's interests in an attempt to put Montenegro's drive to join NATO and the European Union (EU) into reverse.

Serbian Prime Minister Aleksandar Vucic said Sunday, however, that he had no information about the arrests, hinting only that they may have been staged by the government.

"I find it curious that this is happening today, and that's all I'll say," Vucic said. "As for the rest, it would be better for me to bite my tongue."

Djukanovic is the only Balkan leader to have remained in power since the collapse of Yugoslavia in the early 1990s, serving several times as prime minister and once as president.

After facing down large protest rallies last year, analysts now say, however, Sunday's election will be the prime minister's toughest test to date.

Much to the displeasure of Russia - Montenegro's traditional ally - Djukanovic plans to forge closer ties with the West, in the hope of joining both NATO as well as the EU.

Djukanovic's main opposition bloc, however, has openly called for closer ties with Russia and is against membership in both the EU and NATO. The Democratic Front is also calling for a referendum on joining the military alliance.

Left with the memory of NATO's 1999 bombing of Yugoslavia - which at the time included Montenegro - the issue of joining the alliance is one which continues to divide the country's 620,000 people.

For the past decade, Montenegro's economy has grown at an average of 3.2 percent a year - a feat which has been largely credited to foreign investment, especially from Russia.

Montenegro has begun voting as opposition groups work to end the quarter-century rule of Milo Djukanovic, who has led the Balkan nation since before independence. Polling is scarce but long-term allies have deserted him. (16.10.2016)

On Saturday, Montenegro marks a decade since it separated from Serbia. But opinions differ as to whether there is really anything to celebrate. Ten scenes from 10 years in the smallest EU candidate country. (20.05.2016)