Toyo Ito has won architecture's highest honor: the Pritzker Prize. The laureate - known for his Sendai Mediatheque near Tokyo and Serpentine Gallery Pavilion in London - joins the ranks of Frank Gehry and I.M. Pei. 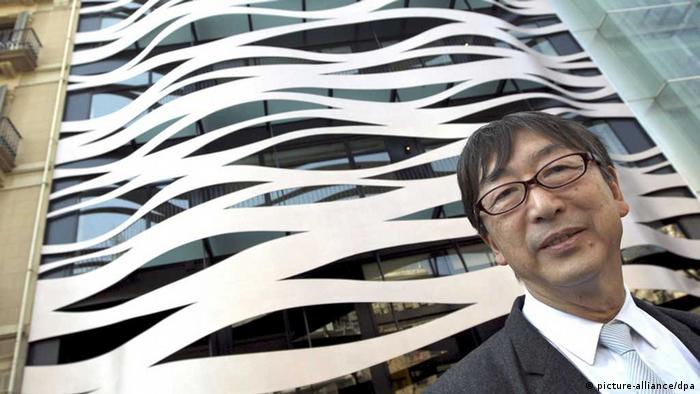 The award jury cited Toyo Ito for his groundbreaking works on Sunday, lauding him for his understanding of his craft and his contributions to society.

"Throughout his career, [he] has been able to produce a body of work that combines conceptual innovation with superbly executed buildings," the jury, chaired by Lord Peter Palumbo, said in a statement.

A comment from Toyo Ito was not immediately available.

The 71-year-old architect has marked the landscape of numerous cities across the world with remarkable designs that span a range of functions. Among his best known works are the Serpentine Gallery in London, a pavilion in Bruges, the Tower of Winds in Yokohama-shi, Japan, and the Sendai Mediatheque in Miyagi, Japan. He has also designed homes, museums and theaters.

"In spite of the complexity of his works, their high degree of synthesis means that his works attain a level of calmness that ultimately allows the inhabitants to freely develop their activities within them."

After graduating from the University of Tokyo in 1965, Toyo began his career at Kiyonori Kikutake & Associates. By 1971, he opened his own studio. He is the sixth Japanese architect to receive the international honor.

More than just beautifying communities with "timeless" buildings, he has served his field as an inspiration and a guide, the committee said.

"It is evident that while innovating and pushing the boundaries of architecture forward, he does not close the road behind him. He is a pioneer and encourages others to benefit from his discoveries and for them to advance in their own directions as well."

The Pritzker Prize was established by the late Jay A. Pritzker and his wife Cindy, who wanted to stimulate the field of architecture through honoring living masters of the art with an honor modelled on the Nobel Prize.

Toyo Ito is to be awarded $100,000 and a bronze medallion as part of the honor at the end of May in Boston.