Prince Pückler and his love for gardens

Prince Hermann von Pückler was a man who literally moved mountains. The German nobleman heaped up hills and detoured rivers to create a remarkable garden paradise along the German-Polish border.

A new exhibition at the Exhibition Hall of Germany in Bonn entitled "Parkomanie" intends to highlight the meticulous - and often compulsive - manner, in which Prince Pückler transplanted entire landscapes. He started off with Bad Muskau, moved on to the town of Branitz and finally worked on Park Babelsberg outside Berlin.

Prince Pückler's most beautiful and most famous work is located in his hometown of Bad Muskau in eastern Germany, near the Polish border. With 820 hectares, Muskauer Park is Europe's largest English-style landscape garden, comprising the town of Muskau itself, surrounding villages and forests. The park crosses over from Germany into Poland, and was named a UNESCO World Heritage Site in 2004.

Pückler ingeniously laid out the park in such a manner that nature dominates over both Muskau Palace and the namesake town. His deliberate manipulation of the Neisse River with its surrounding forests and massive boulders dating back to the Ice Age managed to create a unique landscape, while also incorporating countless new trees with glorious foilage to light up the park with color.

It cost the nobleman a fortune to lay out a park like that - even back in the early 19th century. Prince Pückler was lucky to have married a wealthy woman: Lucie, the daughter of Karl August von Hardenberg, who later became Prussian Prime Minister. Also lucky for Pückler, his wife shared his love for gardening, landscaping and parks. It's thanks to her that he, originally a count, was eventually made a prince.

Born in 1785 - an era of change and upheaval - Pückler appreciated innovation – in fact, he couldn't stand the baroque style of landscaping, which was popular at the time, in France in particular. His approach was much more in line with the landscaping of English gardens, which he had first discovered during travels to Britain. Prince Pückler developed what could be regarded as an obsession for gardens, sketching plans, writing papers and becoming a veritable expert in the field.

While traveling in Britain Prince Pückler also got acquainted with the main principles of the Age of Enlightenment, embracing its core tenets that man can improve the quality of life itself by improving on nature. His treatises continue to influence the world of horticulture to this day, with his 1984 book "Andeutungen über Landschaftsgärtnerei" (translation: Adumbrations on landscape gardening) still in print to this day.

In his book, Prince Pückler states that nature to a gardener is like the canvas to an artist: one has to be creative but also pay painstaking attention to detail. He even referred to his gardens as a "walk-through picture gallery" or "a home under the open skies," and considered Bad Muskau to be his lifetime accomplishment.

However, his work in Branitz and Babelsberg can easily be regarded as equally outstanding and revolutionary for its time: Pückler hated straight paths in gardens and made sure that all ponds and lakes had a natural look. Above all, he appreciated biodiversity and wanted to make sure that there was plenty of greenery other than grass in his designs.

Prince Pückler's wife Lucie von Hardenberg gave him all the financial support she could to make the gardens of Bad Muskau happen. But the money eventually dried up, forcing Pückler to sell the ground of his gardens to the Netherlands. The marriage didn't survive: Lucie filed for divorce.

Pückler traveled to England again, this time not to learn more about English gardening but to find another wife, who would share his passion for landscaping and could afford to finance his work. He failed to meet a new wife, but instead he wrote a bestselling book in the meantime.

On the back of his success he was commissioned for his next major project, Branitz, where he built greenhouses to grow pineapples. Later on, he worked on transforming Babelsberg, where he managed to master the incredible feat of changing the soil from sandy ground to fertile land. Pückler added waterfalls, fountains and lakes to the landscape, creating an oasis just outside Berlin. 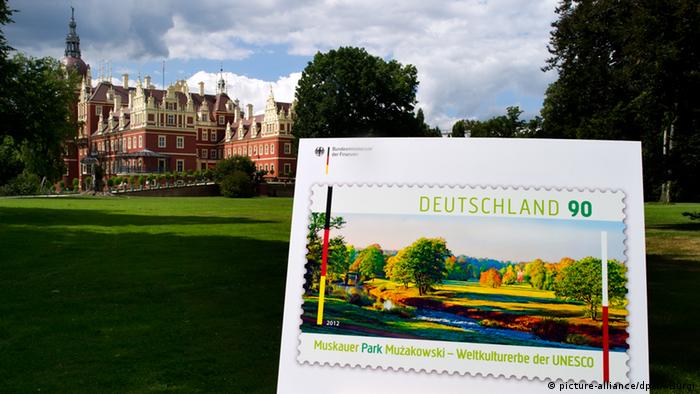 He also incorporated artificial hills and devised a pipe system to water the gardens, which was run by its own dedicated steam power station. Despite all its engineering the park still looks incredibly natural. It proved that Prince Pückler deserves to be called an artist rather than a landscape planner.

While Pückler's work is being honored in Bonn it won't replace a tour of the actual gardens. Still, it offers a glimpse into the unbreakable spirit with which he approached his massive landscaping projects and giving this inimitable artist the green thumbs up.