The UK's Prince Andrew wants to face civil charges of sexual assault in front of a jury, his lawyers have said. The prince has been stripped of all military patronages and faces the court as a private person. 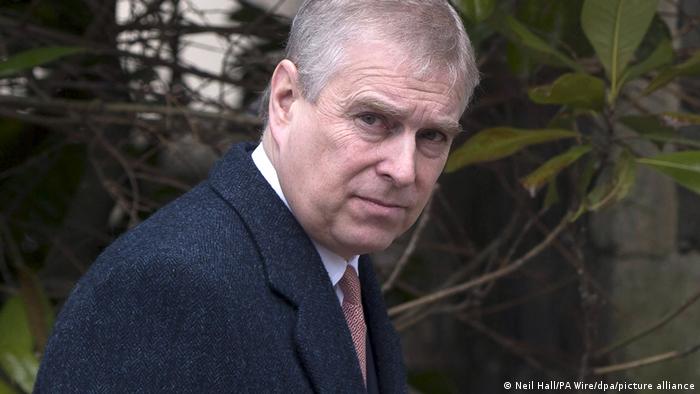 Prince Andrew has denied the sexual assault and battery allegations

Britain's Prince Andrew again denied allegations that he sexually abused a minor more than 20 years ago and has requested a jury trial in the civil complaint he faces.

"Prince Andrew hereby demands a trial by jury on all causes of action asserted in the complaint," the motion filed by his legal team on Wednesday read. The prince has been accused of sexual assault and battery by Virginia Giuffre, who sued for damages in August last year.

The case against Prince Andrew

Giuffre alleges the two had sex while she was still a minor after meeting him through the convicted pedophile Jeffrey Epstein, who was found dead in his prison cell two years ago.

Epstein's long-time partner Ghislaine Maxwell was convicted earlier this month on sex trafficking charges. She is seeking a retrial.

Earlier in January, the prince resigned his royal patronages and military titles, after 150 military veterans signed an open letter to Queen Elizabeth II.

Giuffre's legal team said that the prince was attempting to "blame the victim."

"We look forward to confronting Prince Andrew with his denials and attempts to blame Ms. Giuffre for her own abuse," lawyer David Boies said in a statement.

Giuffre is seeking an unspecified amount in damages. Earlier this month, the duke failed to have the case thrown out on the grounds of Giuffre having accepted a $500,000 settlement from Epstein in 2009.

US District Judge Lewis Kaplan said a trial could take place between September and December 2022.