Alenka Bratusek has announced her resignation as Slovenian prime minister, pressing parliament to call elections next month. Bratusek said she could not govern after being ousted as leader of the Positive Slovenia party. 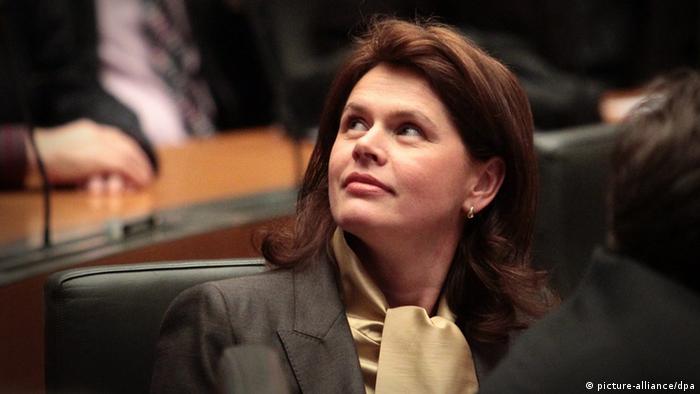 The 44-year-old financial expert Alenka Bratusek on Saturday announced her resignation, just 13 months after taking the reins as Slovenian prime minister. She was expected to formally submit her resignation to President Borut Pahor on Monday.

Bratusek held emergency meetings with her coalition partners on Saturday, after being voted out as leader of her Positive Slovenia party one week ago. The mayor of the capital Ljubljana, party founder Zoran Jankovic, initiated the coup within the center-left party, saying Bratusek's austerity policies in Slovenia went against the party's election promises.

The change of leadership in the country's largest party in turn unsettled coalition partners, not least because of outstanding corruption charges against the 61-year-old mayor. Jankovic allowing Bratusek to take the party leadership and prime minister's post had been a key condition in the initial talks to form a four-party coalition government.

The outgoing prime minister said on Saturday that snap elections could be held as soon as June 22, provided that none of the major parties presented a different prime ministerial candidate. That development, Bratusek said, could slow the process.

Parliamentarians would also have the option to start negotiations on forming a new coalition government after Bratusek leaves office.

Bratusek's government cut public spending, privatized some industries and poured money into the country's troubled banks in its first months in office, doing enough to stave off outside financial assistance from the European Union.

Roughly half of Positive Slovenia's parliamentarians quit the party in support of Bratusek when she was dethroned, prompting domestic media speculation that she might seek to establish a new party with these politicians.