Serbia is still struggling to come to terms with the death of its former president Slobodan Milosevic. Reactions are mixed, while the tension surrounding the question of his funeral is on the rise. 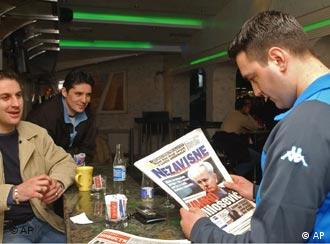 Milosevic's legacy is still a cause of division in Serbia

From pride in his leadership to shame at his memory, the death of former Serbian president Slobodan Milosevic in his cell at the UN war crimes court in The Hague, where he was standing trial for genocide and war crimes, inspired an emotional response that deeply divided his homeland.

Dozens of hardcore Milosevic loyalists queued in the rain on Sunday to pay tribute to their late idol in front of his party seat in central Belgrade. 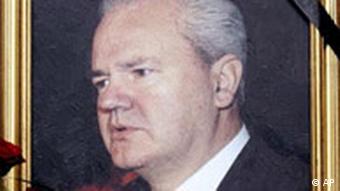 Milosevic's followers are mourning the loss of their hero

A big photograph of Milosevic and a book of condolences were laid out on a table in the entrance hall of the marble-coated building.

"Slobo, Serbia has died with you," said a written message placed nearby.

His supporters, mostly of them elderly, waited patiently for their turn to pen messages. One saluted Milosevic's photo then left the hall, tears in his eyes.

Meanwhile senior officials of the Socialist Party of Serbia (SPS) -- which Milosevic still formally headed until his death -- gathered in a nearby hall in emergency session.

In a brief speech, SPS official Ivica Dacic voiced "deepest condolences" in the name of his party to Milosevic's family. "Slobodan Milosevic did not die, he was murdered in The Hague prison," he said.

"By refusing to let him go to Moscow for medical treatment, the tribunal signed his death sentence," Dacic stated. His death was an "irreparable loss for Serbia, its citizens and the SPS."

Turning a serial killer into a national hero 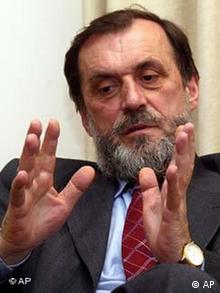 Serbia-Montenegro's Foreign Minister Vuk Draskovic said he was "ashamed" by the reactions of Milosevic's die-hard followers.

"His supporters' grief for the man who was responsible for countless crimes and who personally ordered numerous murders has been turned into eulogies for the deceased," Draskovic told Tanjug news agency.

Milosevic's policies had only produced "death, misfortune and hatred," said Draskovic, who was a fierce critic of the autocratic regime of the former Serbian and Yugoslav president in the 1990s, but also, for a short period of time, a minister in Milosevic's government.

"By promoting a serial killer into a national hero his victims are murdered again and Serbia disgraces itself ... as the state in which crime is a supreme virtue," Draskovic said. 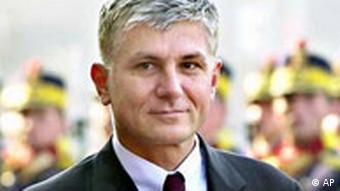 Sunday also marked the third anniversary since the assassination of Zoran Djindjic, reformist prime-minister and the man who sent Milosevic to The Hague. Thousands gathered to pay tribute to Djindjic, who was shot by members of the criminal structures which rose to power during Milosevic's reign. Their trial is underway in Belgrade.

The afternoon memorial at the Sava Centar conference hall was attended by Djindjic's wife Ruzica, members of his Democratic Party including pro-Western Serbian President Boris Tadic, and US ambassador Michael Polt.

"Three years after the assassination of Mr Djindjic, Serbia is where it was three years before he took power," said Zoran Zivkovic, who had been the late premier's immediate successor.

Where will Milosevic be buried?

Two days after Milosevic died, it is still unclear where he will be buried as his wife Mira Markovic, who is wanted on fraud charges in Serbia and has an Interpol arrest warrant issued in her name, is reportedly living in Russia. 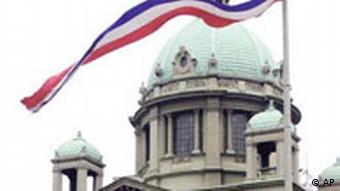 Serbian President Boris Tadic's office said: "The president believes a national funeral for Slobodan Milosevic would be completely inappropriate because of the role that he played in Serbia's recent history, and contrary to the direction the people of Serbia clearly showed on October 5, 2000," referring to his ouster in a popular uprising.

But officials of Milosevic's Socialist Party said they would bring down the Serbian government if it fails to comply with a demand for his funeral to be held in his homeland.

"I told the ruling majority that they cannot expect the SPS to enter parliament if Slobodan Milosevic is not buried in a dignified way in Belgrade," said Zoran Andjelkovic, a senior official of the Socialist Party of Serbia.

"By dignified, we mean that members of his family can come to the funeral and get the right to stay in Serbia and to find an adequate place at the cemetery, a place worthy of a historic person," said Andjelkovic, a parliamentary deputy and SPS secretary-general.

The minority coalition government of Serbian Prime Minister Vojislav Kostunica depends on the support of at least four out of 22 SPS deputies in the Balkan state's 250-seat parliament.

Slobodan Milosevic claimed a day before his death that he risked being poisoned, his legal advisor said Sunday, fueling swirling rumors over the demise of the former Yugoslav leader while on trial for war crimes. (March 12, 2006)

An autopsy on the body of former Yugoslav president Slobodan Milosevic on Sunday may explain why the "Butcher of the Balkans" died in his cell and answer his loyalists' claims that he was murdered. (March 12, 2006)

Former Yugoslav leader Slobodan Milosevic died of a heart attack, the UN war crimes court said, but refused completely to rule out a poisoning theory as it prepared his body for release Monday. (Jan. 13, 2006)