Former Yugoslav leader Slobodan Milosevic died of a heart attack, the UN war crimes court said, but refused completely to rule out a poisoning theory as it prepared his body for release Monday. 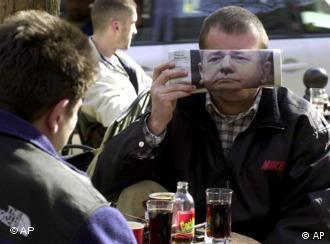 Milosevic still has many supporters in Serbia

After a day of swirling rumors over the death of the man at the center of the bloody Balkans conflict, the tribunal in The Hague announced that initial autopsy results showed he had died of a myocardial infarction.

Commonly known as a heart attack, this is caused by a blood clot blocking a coronary artery, leading to the death of heart muscle.

A statement said pathologists had identified two heart conditions that he suffered from and which "would explain the myocardial infarction."

The autopsy was carried out amid reports that Milosevic, who had a history of heart problems, may have been poisoned or taken his own life.

He was found dead in his cell Saturday at the court, where he had been on trial since February 2002 on more than 60 counts of genocide, war crimes and crimes against humanity during the Balkans conflicts. 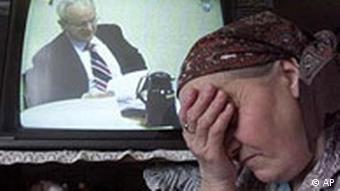 Milosevic was accused of war crimes committed against non-Serbs in Kosovo, Croatia and Bosnia

Prosecutors at the UN war crimes tribunal repeatedly accused Milosevic of tampering with his medication to manipulate the proceedings, a practice that may have sparked the former Yugoslav strongman's fatal heart attack.

The health of the former Yugoslav president and his alleged unwillingness to follow the medical regime prescribed by his Dutch doctors was a constant source of conflict during the trial, with the prosecution even accusing Milosevic of fraud.

A Dutch toxicologist who examined Milosevic's blood two weeks ago told AFP on Monday that he believed Milosevic had deliberately taken a contra-indicated medicine that countered the effects of his heart medication.

"I am sure that he took the medicine himself because he wanted a one-way ticket to Moscow," said Dutch toxicologist Donald Uges.

"That is why he took Rifampicin," a powerful antibiotic used to treat a range of bacterial diseases including leprosy and tuberculosis, he added.

Although Milosevic had private doctors, it is not clear exactly how he would have obtained such drugs while in detention.

Uges, a toxicologist at the University of Groningen, said he examined 64-year-old Milosevic at the request of Dutch doctors who wanted to know why the war crimes suspect's blood pressure was not dropping despite the medication he was taking.

Too early for final result 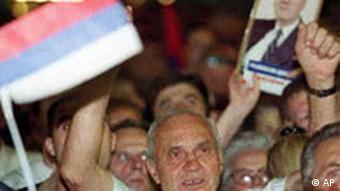 Milosevic backers in Belgrade in 2001

Serbian experts who attended the autopsy declared their satisfaction at how it had been conducted by Dutch pathologists.

A toxicological examination was still being carried out and a final autopsy report will be issued as soon as possible, the court said.

"It is too early to reach any sort of conclusion," a tribunal spokeswoman, Alexandra Milenov, said when asked whether Milosevic had been poisoned, as his entourage has charged.

"The investigations are still ongoing," she said. "We don't expect a final report for a couple of days."

A tribunal statement said the former Serb leader's body would be released to his family on Monday. 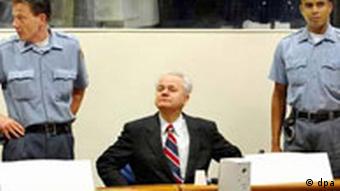 The UN tribunal was aiming for a conviction and more information

Milosevic's widow Mirjana Markovic said the tribunal had effectively killed her husband "because they didn't have enough (proof) to convict him, and they couldn't let him go.

"He was terribly exhausted and everything was pointing toward what happened on Saturday," she told Serbia's Vecernje Novosti daily in an interview Monday.

"Perhaps there were other measures which shortened his life," she went on, adding that she had last spoken to him late Friday. "He told me, 'sleep well my darling. I'll call you as soon as I wake up in the morning'."

Milosevic's legal adviser, Zdenko Tomanovic, said the former president had written a day before his death that he feared being poisoned. Russian officials confirmed the existence of that letter.

"'They would like to poison me. I'm seriously concerned and worried'," Tomanovic quoted Milosevic as writing. 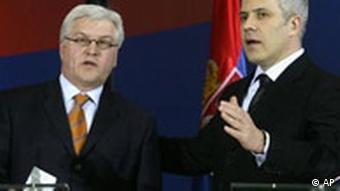 Serbian President Boris Tadic ruled out a state funeral and said he would not pardon Milosevic's widow, meaning she would be unable to return home for any ceremony.

His office said a state funeral would be "completely inappropriate because of the role he played in Serbia's recent history" as well as contrary to the wishes of the Serbian people.

But, as the Milosevic family lawyer told AFP by telephone from The Hague on Monday, the Milosevic family decided to hold his funeral in Belgrade. It is still not clear if Milosevic's widow, who is wanted in Serbia on fraud charges and currently living in Russia despite an international arrest warrant, would be allowed to attend.

The strongmen's death led some supporters to gather in the rain to pay tribute to their late idol in front of his party seat in central Belgrade. A big photograph of Milosevic and a book of condolences were laid out on a table in the entrance hall of the building.

"Slobo, Serbia has died with you," said a written message placed nearby.

Slobodan Milosevic claimed a day before his death that he risked being poisoned, his legal advisor said Sunday, fueling swirling rumors over the demise of the former Yugoslav leader while on trial for war crimes. (March 12, 2006)

The Charges Against Slobodan Milosevic

Former Yugoslav president Slobodan Milosevic, who was found dead Saturday in his cell at the UN detention unit near the Hague, had been on trial before the UN war crimes court since February 2002. (March 11, 2006)

Serbia is still struggling to come to terms with the death of its former president Slobodan Milosevic. Reactions are mixed, while the tension surrounding the question of his funeral is on the rise. (March 13, 2006)