Press Review: "Stoiber Was a King Without a Country" 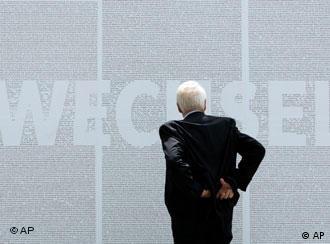 "Once more Germany has been fascinated, relieved and, at the same time, a little disgusted to watch one of its most prominent political leaders dissemble and be sent, as it were, to the underworld," Switzerland's Neue Zürcher Zeitung wrote. As the fight for power dragged on over the past days and weeks, devoted kowtowing was the rule in Stoiber's circle, the paper said. While "nearly everyone carried a dagger in his clothes, no one dared to say out loud who the knife was meant for. Only one (political officeholder) in Fürth had the nerve to say that Stoiber's time was up. … Stoiber's departure is a lesson on the limits of power and on the decision-making process in a democracy. The CSU received a huge black eye. Actually it needs quite a lot of fresh blood."

"Since he fled from becoming part of the federal government in Berlin, Stoiber had been perceived as a naysayer, a waverer, in the end, as a coward," commented Zurich's Tages-Anzeiger. "For a year he tried to dispel this taint by demonstratively working more than anyone else. But he couldn't reverse the loss of his credibility that way. In the end, Stoiber was a king without a country."

"The decision for Edmund Stoiber's resignation is good news for Angela Merkel," said Moscow's Kommersant newspaper. "Not just a few people in Germany suspect that the chancellor herself had a hand in the CSU's crisis. In the wake of the events (concerning Stoiber), Frau Merkel is the indisputable boss in the right's camp. The coalition can now carry though its reforms without constantly having to tend to the Bavarian premier."

Merkel (left), Stoiber (right) -- Is she relieved that he's going?

Rome's La Repubblica daily had a different interpretation: "The end of an era in Germany," it declared. "With (Stoiber), the (Christian) Union parties' camp loses one of its outstanding men and, in view of tensions with Social Democrats, one of the chancellor's allies…"

Milan's Corriere della Sera was full of praise for Stoiber: "On the occasion of Edmund Stoiber's withdrawal from power, it would be unfair to fail to acknowledge the successes of his long career, in the course of which he made Bavaria into Germany's first state, with the best economic record, the most technological innovation and the lowest unemployment," the paper wrote, "By bringing together liberalism and state economic policies, modernity and tradition, laptop and lederhosen, Stoiber lent Bavaria his signature, which many people in Europe and in the world envy, with good reason."

Prague daily Lidove noviny looked forward to the future: "Edmund Stoiber traveled the whole world, but of all places he never made an official visit to Bavaria's neighboring state, the Czech Republic," the paper commented. "For, he always devoted himself proudly and with a full commitment to his role as the "protector of the postwar expellees." However, the generation of Sudeten Germans who experienced being expelled is dying out, as is interest in them -- regardless of all the property claims and the Center Against Expulsions. It's true that with Stoiber a premier leaves who had a relationship marked by emotions to the Czech Republic. But without him, too, and without the Sudenten Germans, Bavaria remains one of the Czechs' most important neighbors. The time has come to find the path from Munich to Prague."

Following stormy debate in his Christian Social Union party over his leadership, embattled Bavarian Premier Stoiber has announced he will step down in September. It's about time, writes Deutsche Welle's Ralf Bosen. (18.01.2007)

Bavarian Premier Stoiber Says He Will Step Down

Following a major debate in his Christian Social Union party over his leadership, Bavarian Premier Edmund Stoiber has announced that he will step down in September. (18.01.2007)