Press freedom in Mozambique under pressure

On March 22, drafts of a new media law and a new broadcasting law were debated for the first time in the Mozambican parliament. 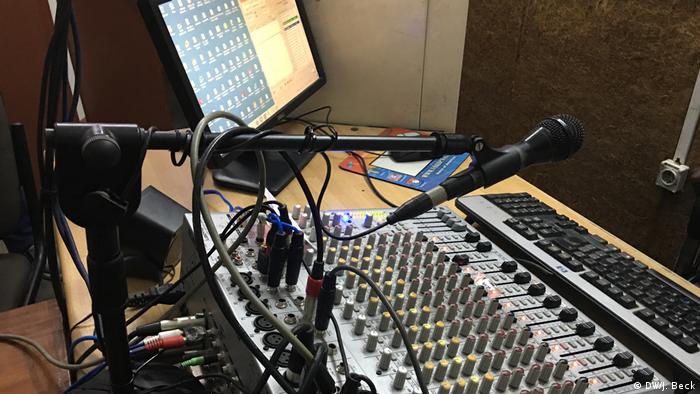 Several civil society organizations, such as MISA (Media Institute for Southern Africa) and EISA (Electoral Institute of South Africa), expressed great concern at the public hearing that these laws would criminalize journalists on the one hand, but also restrict freedom of expression and press freedom.

"If Parliament were to adopt the two laws in their current form, Mozambique would become one of the most closed media markets in Africa," warns Johannes Beck, DW's Head of Portuguese for Africa. This is because not only domestic, but also international media providers would be affected by the new regulations, which have already been passed by the Council of Ministers.

"With the law's expected ban on rebroadcasting, i.e. taking over programs with political content from international broadcasters, Mozambicans would be deprived of many sources of information which currently enable them to inform themselves about events in Mozambique, Africa and the world. DW is currently able to offer its journalistic content on free-to-air radio and television in all five Portuguese-speaking countries in Africa through its partner stations; in the future, this would no longer be possible only in Mozambique," says Beck.

In addition, the number of correspondents from international broadcasters and other foreign media would be limited to two per outlet. "This restriction is not appropriate for such a diverse and large country and would make reporting on Mozambique significantly poorer. Worldwide, there are virtually no limits on the number of foreign media correspondents in a country," said Claus Stäcker, Director of Programs for Africa. "DW has 15 reporters on assignment in Mozambique. A reduction to two would be a dramatic curtailment of journalistic activity. The government will not be able to credibly justify this and in doing so will only reveal that its aim is to obstruct objective reporting on its activities as much as possible."

"Mozambique's constitution guarantees freedom of the press and the right to information," says Johannes Beck. "DW therefore hopes that parliament will not approve the two laws in their current form. That would be the right signal here, both internally and externally."

However, if the new laws were to be passed, DW would immediately look for new, innovative means of broadcasting in order to continue to provide its audience in Mozambique with independent information. "And if the network of correspondents were indeed to be cut as severely as threatened, we would increasingly produce content on Mozambique from outside," adds Johannes Beck. "The people of Mozambique continue to demand a balanced supply of information, so we would do our utmost to report as comprehensively as possible, including, of course, on further measures taken by the government."