Gabon and Equatorial Guinea have imposed ban on table birds from Cameroon due to the resurgence of the avian influenza virus. Poultry farmers say the ban has hugely affected their business. 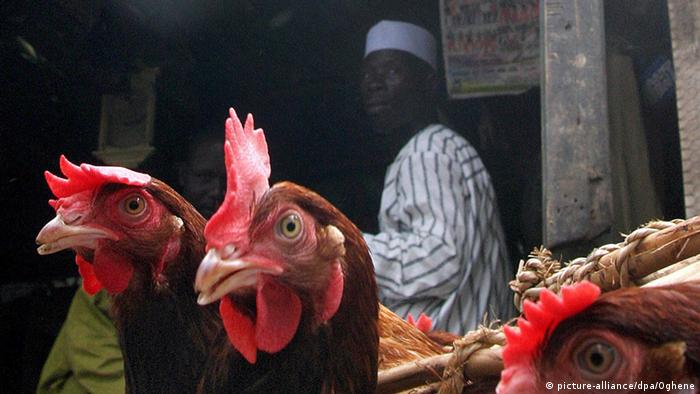 Huge amounts of live chicken and other domestic birds are stockpiling at Cameroon's southern border town of Kiossi. This comes after Equatorial Guinea and Gabon imposed ban on the sale of poultry from Cameroon. The ban follows the resurgence of the avian influenza virus, which has hit Cameroon's capital, Yaounde.

The avian influenza, commonly called bird flu (H5N1), is an infectious disease which attacks bird, but can in rare instances also be passed to humans. The outbreak has hugely affected Cameroon's poultry farmers and businessmen who export meat and domestic birds to neighboring countries.

The H5N1 virus reappeared in Cameroon on May 22. Since then, at least 40,000 chickens have been culled in a bid to stop the outbreak. Cameroon's minister for livestock, Dr. Taiga, says among measures taken to protect both people and birds from further contamination was the ban on the sale of poultry in Yaounde. "We have ordered the immediate cull of all birds in the affected area. We have also restricted the movement of people and animals in the area,” Taiga said. He added that, the vehicles used on poultry farms have to be disinfected to avoid contamination. 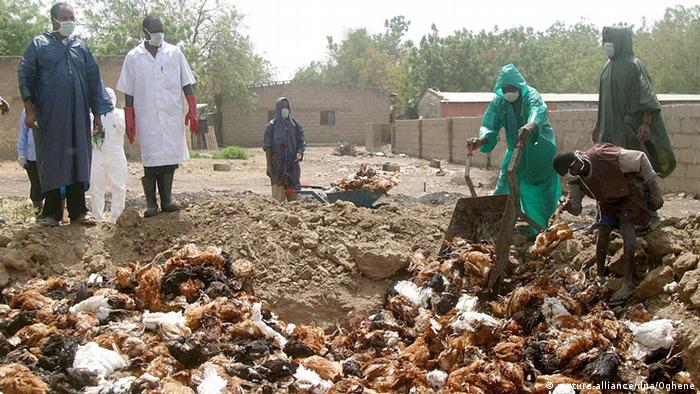 According to the World Health Organization, most avian influenza viruses do not infect humans; however some, such as H5N1 can cause serious infections in people.

It's not quite clear if the virus has spread to other parts of Cameroon considering the serious measures that have been taken to control the spread. Most poultry farmers, who export the table birds to neighboring countries, found themselves stranded at Kiossi. Elizabeth Medoung, is one of them. The poultry farmer usually transports the chickens to Gabon and Equatorial Guinea. "The government is behind this problem. It claims that the disease is killing every bird," Medoung told DW. She added that the government had not communicated clearly whether the disease has spread to all regions and the nature of the virus.

Her concerns were echoed by Ichakou Albert, a veterinary expert and communications officer for Cameroon's Inter-Professional Council of Poultry Farmers in Cameroon. "This is a very difficult moment for our farmers,” Ichakou said. The expert however said they were yet to find out if Cameroon was dealing with an epidemic.

Worries across the region

There's a growing fear that without timely intervention, the bird flu in Cameroon may spread across central and west African states. 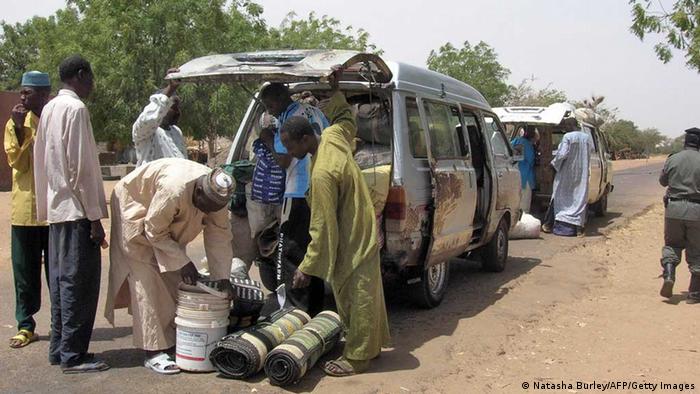 In 2006, the same virus spread rapidly from Nigeria to Cameroon and Niger, affecting more than 1.6 million birds. The regional porous borders facilitate the free movement of people and animals, hence, making it difficult to control such epidemics. Ichakou has urged the Cameroonian government to increase surveillance on its territory, despite admitting that it wasn't going to be an easy task to his government. "We are encouraging everyone especially poultry farmers to report suspected cases. There are teams ready to intervene at any moment of the day."

Cameroon says it is the worst attack since 2008 when several hundred deaths of fouls were reported in poultry farms. The government fears the virus may further spread to humans especially now that the price of poultry is 70 percent cheaper.

According to WHO, it first infected humans in 1997 during a poultry outbreak in Hong Kong, China. Since its re-emergence in 2003 and 2004, this avian virus has spread from Asia to Europe and then Africa. It has become entrenched in poultry in some countries, resulting in millions of poultry infections, several hundred human cases, and many human deaths. Outbreaks in poultry have seriously impacted livelihoods, the economy and international trade in affected countries.

An outbreak of the virulent H5N1 strain of avian influenza has been confirmed in Nigeria. Though not easily transmissable to humans, health experts fear the virus may jump the species barrier and cause a pandemic. (22.01.2015)

A dead cat in Germany has tested positive for the H5N1 type of bird flu in the first case in the country of the virus spreading from birds to mammals, the national veterinary laboratory said on Wednesday. (01.03.2006)