The apparent bomb found at the Potsdam Christmas market was likely unrelated to terrorism, officials say. Police suspect that perpetrators aim to blackmail DHL after a second suspicious package was found on Monday. 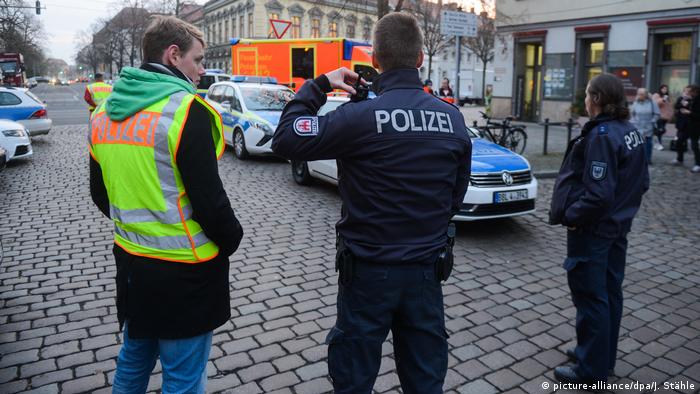 The suspicious package that prompted a large-scale evacuation of the Christmas market in  Potsdam was apparently sent by people who wanted to extort millions from German-based global shipping company DHL, German authorities said on Sunday.

"The good news is it that we can say, with all likelihood, that the package was not aimed at the Christmas market," said Brandenburg's Interior Minister, Karl-Heinz Schröter.

"The bad news is: it was a blackmail attempt targeting the DHL delivery service," he added.

Authorities found the parcel after it was delivered to a pharmacy in downtown Potsdam. The item contained a QR code which can be scanned with a mobile device to reveal information. On Sunday, police said they detonated the package in a controlled explosion and that they still had to reassemble the "hundreds" of pieces of the destroyed QR code in order to scan it. 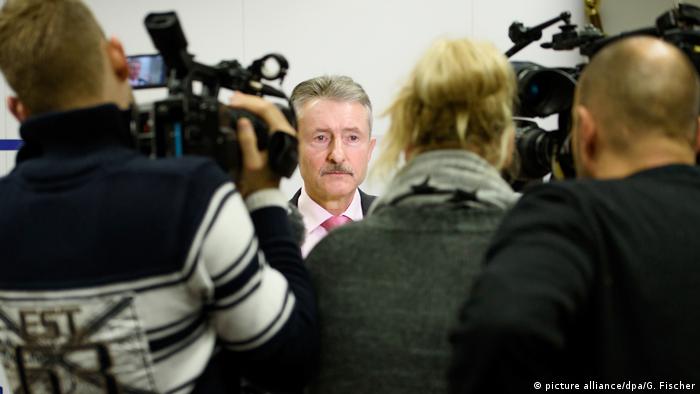 The information hidden in the code indicated the bomb was "definitely" a blackmail attempt, state police chief Jürgen Morke said.

Police information indicates that the package was dropped off at the local DHL packing station in Potsdam on Thursday. The authorities asked for possible witnesses to come forward.

Preliminary information indicates that the perpetrators were located in the German state of Brandenburg, or neighboring Berlin.

After the Friday incident, police initially reported that they did not find a detonator and that the box likely contained no explosives, indicating it was a fake bomb. The package was said to contain a metal cylinder, nails, some sort of powder, and large fireworks.

Suspicion that DHL was the target of a blackmail attempt was heightened on Monday after another suspicious package was found in the eastern state of Thuringia. According to media reports, a parcel with potentially explosive material was found at the state premier's office in the city of Erfurt. Premier Bodo Ramelow was quoted by German news agency DPA as saying it was "pure speculation" to suggest that this second package had anything to do with the incident in Potsdam.

On Sunday, however, officials said that forensic teams examined the package and determined it was dangerous and that there was a "high likelihood of it being capable of activation." The pharmacist who received the package heard a hissing sound when opening it, police said, indicating that it might have been set to go off. The detonation may have have been avoided due to sheer luck.

The officials said it was extremely unlikely that the pharmacist himself was the target or that the move was motivated by terrorism.

In a German-language tweet, Brandenburg police urged the public to report suspicious parcels, adding that the packages should not be opened "under any circumstances."

They also disclosed that a similar parcel had been found in the eastern city of Frankfurt/Oder last month. Authorities believe it is "possible, even likely" that the perpetrators would send more explosive devices as means to pressure DHL, which delivers millions of packages per day.

According to the police, such packages may have unclear, missing or unfamiliar information on who sent it, spelling mistakes, protruding wires, or smudges on the container. They warned people, especially small business owners, not to open suspicious shipments and call the police instead.