Postcard from Europe: Romanian countryside transformed by EU subsidies | Europe | News and current affairs from around the continent | DW | 22.11.2009

EU subsidies to Romania may be a blessing for the economy, but for rural life they're a curse. Unemployment is skyrocketing and traditional architecture is disappearing at an alarming pace, writes DW's William Blacker. 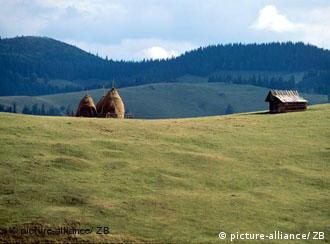 Is rural life in Romania changing too fast?

In the late 1980s, English newspapers were full of stories of how Romanian dictator Nicolae Ceausescu was laying waste to the historic villages of Romania. There followed an international outcry against such brutal, architectural vandalism.

But then in the final days of 1989, Romania's bloody revolution brought an abrupt end to it all. Ceausescu and his wife Elena were led out into the backyard of a militia garrison in Targoviste and shot dead.

By chance, two weeks later, I was travelling through eastern Europe and found myself crossing the Romanian border, where I expected to find a wasteland of bulldozed settlements. Instead I found villages more intact and more beautiful than any I had seen in all of eastern Europe. It was then I discovered that Ceausescu's plans to "systematize" the villages had never been carried out.

Not only were the villages beautiful but they were also full of people, all of whom had jobs. The land around the villages was neatly cultivated, there were thriving forests, and nowhere was there any sign of advertising or neon lights.

Now the communist cooperative farms have closed down, and to find work villagers are forced to travel abroad, often lured by false promises and ending up begging and working in prostitution.

The forests are being chopped down at a rate faster than at any time since World War II - there is now 20 percent less forestland in Romania than in 1989 - and the once pristine countryside is now littered not only with plastic, but also with advertising billboards and neon lights promoting the same Western products which create that litter. The modern world has blundered in with barely a thought for the consequences. 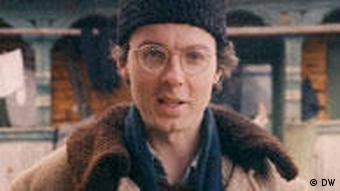 Those villagers who didn't go abroad to work have until now, with their few animals, managed to survive. But this year the pace of change accelerated.

In August I watched as monstrous, EU financed machines rumbled though my village and headed for the hay meadows. There they roared up and down spewing forth huge, cylindrical hay-bales.

One man operated each machine, and the jobs of 20 people, mostly Sinti and Roma, were gone in a moment. The benign, small-scale agriculture upon which the villagers relied was brought ever nearer its end.

You might think the EU agricultural subsidies given directly to farmers are helping - and in a way they are - but they are given only to those who already have more than a certain amount of land or number of animals. The smallest subsistence farmers receive nothing, and so, as ever, the rich get richer and the poor are squeezed out.

But there is a greater irony. Those lucky enough to receive EU subsidies, often pocketing large sums of money, are using them to modernize their 18th and 19th century village houses beyond all recognition, turning them into garish villas which bear no resemblance to the historic architecture around them.

For a tiny proportion of the money spent on subsidizing agriculture, the EU could have ensured that Romania's historic architecture was properly legally protected. It did not.

The result is a creeping cultural catastrophe, and the destruction is on a scale far greater than anything Ceausescu ever achieved. Ceausescu had wanted to destroy Romania's historic villages; the modern world and the EU are now doing his work for him.

Romania's communist regime crumbled in December 1989, and dictator Nicolae Ceausescu and his wife were executed on Christmas Day. Two decades on, DW correspondent Zack Baddorf asked Romanians to reflect on the changes. (21.11.2009)

Romania is one of the youngest members of the EU, having joined the bloc in 2007. Many still know the country best for Dracula. Zack Baddorf has this postcard from Romania and how it's dealing with the financial crisis. (28.08.2009)

Listen to a report on the situation in Romania in 1989

Listen to an interview with Jim Rosapepe, US ambassador to Bucharest from 1998 to 2001 and author of "Dracula is Dead"