Postcard from Europe: French burqa ban fits secular ideals | News and current affairs from Germany and around the world | DW | 12.04.2011

On April 11, France’s long-awaited and controversial ban on covering your face in a public place came into force. In this postcard, DW's John Laurenson says the Burqa Ban sums up French secularism to a tee. 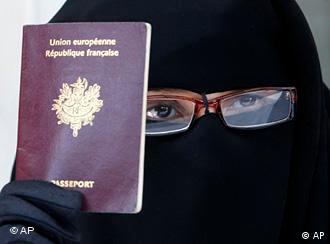 Back in the good old days when the French still had the franc, people use to carry round a telling representation of the French idea of freedom in their pockets. Liberty Leading The People, the painting by Eugene Delacroix, was on the hundred franc note.

There's a crowd surging forward under a smoke-filled sky, urged onwards to the barricades by a woman who rises, statuesque, above them, brandishing a huge tricolor flag. A shaft of light illuminates her breasts which are proudly and bravely bare. From the stern male nudes David painted to celebrate the Revolution to the sunnier bosoms of Brigitte Bardot on the beach in Cannes, the French idea of freedom – especially women’s freedom - has always been intimately linked with uncovering yourself.

When it comes to the Republique, to undress is to understand. Though - attention! - we are a long, long way from the 'so what?' dangling of some Nordic naturist camp. It is also extremely French to associate feminine charms with feminine freedom. 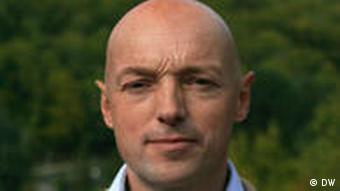 The robotic tone of Segolene Royale, one of the front-runners for the Socialist candidacy for the next presidential elections, may send audiences into a deep and possibly terminal sleep whenever she starts speaking but this does not prevent her representing for millions the image of a better, happier, more beautiful France when, in front of the photographers, she takes off her sandals and walks across the sand while on the campaign trail at the seaside resort of Sables d'Olonne.

It’s even a fair bet that the great figure of French feminism, Simone de Beauvoir, with that saucy schoolmistress bun of hers, would not have been nearly as successful had she not been pleasing to the eye. She also did well getting 'sex' into the title of her most influential book.

But to get to the bottom of the French 'malaise' about the burqa, you’ve got to take measure of France's very special ideas about religion and secularism. In a nutshell - the first is bad, the second is good. For an impressive number of French people, religion means stoning adulterers, getting brainwashed into committing collective suicide at some cult camp in the Auvergne and not being able to pile your Renault Espace full of shopping at the Carrefour hypermarket on a Sunday afternoon.

Secularism 'à la francaise' is therefore not about being open and even-handed towards all religions but closed to the whole lot of them. In Italy, they've just won the right to keep crucifixes on the walls in publicly-run schools. In France, a thirteen year-old I know well is worried there'll be crosses in the classrooms at the school where, because of its high academic standards, he hopes to be studying next year. For him it is not a good enough excuse that the school in question is a private, Catholic one.

The burqa, then, stands no chance in France. It is an affront to most right-thinking French people. Banning it may be a mistake. Perhaps France is having an Iraq moment. And is about to find out the hard way that trying to impose freedom by force may do more harm than good. It is difficult to see how arresting Muslim ladies in full cover and taking them down to the police station for questioning is going to increase their freedom. Or maybe that will come, as French legislators apparently hope it will, when instead of a 150 euro fine, they accept to attend citizenship classes.

This, in any case, is very much a case of when in Rome, do as the Romans do. And if it’s against your religion, well, as far as most French people are concerned, so much the better.

Speaking to a group of University of Doha students in Qatar, German President Christian Wulff stood behind a his country's ban on burqas in schools, saying the full-body veil and education don't mix. (28.02.2011)