The government of Portugal has approved what ministers called the most austere budget in decades. Lisbon has set its sights on quickly reducing its debt load after being bailed out last year by the EU and the IMF. 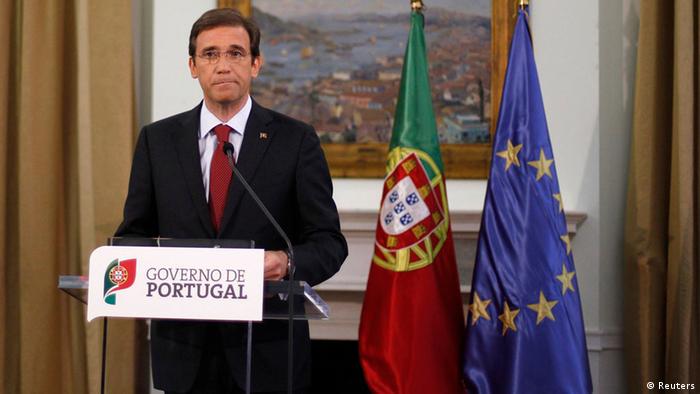 Portugal is on course to implement a draconian 2013 austerity budget. Following a 20-hour marathon session, the cabinet on Thursday approved massive spending cuts next year and a string of corrections to this year's budget.

Details of the measures in the pipeline are yet to be made public, but the package looked certain to include hikes in income tax and other taxes to replace a stalled rise in workers' social contributions which had been wiped off the table after widespread protests across the country.

The government of Prime Minister Pedro Passos Coelho (pictured above) appeared adamant in its resolve to satisfy the requirements of the European Union and the International Monetary Fund (IMF) which had granted Lisbon a bailout to the tune of 78 billion euros ($100 billion).

Recognizing Portugal's seriousness about budget consolidation, international lenders have granted the country more time than previously envisaged to bring down public deficit levels so as not to hamper growth incentives.

The country now needs to keep deficits below 5.0 percent of gross domestic product this year and below 4.5 percent in 2013. Last year, Portugal logged 4.4 percent of fresh borrowing, but that was a one-off effect from an exceptional transfer of banks' pension funds into state coffers.

Lisbon's austerity course has brought tens of thousands of people onto the streets in recent months, and protests are unlikely to die down any time soon. The trade union confederation CGTP has called for a general strike on November 14.