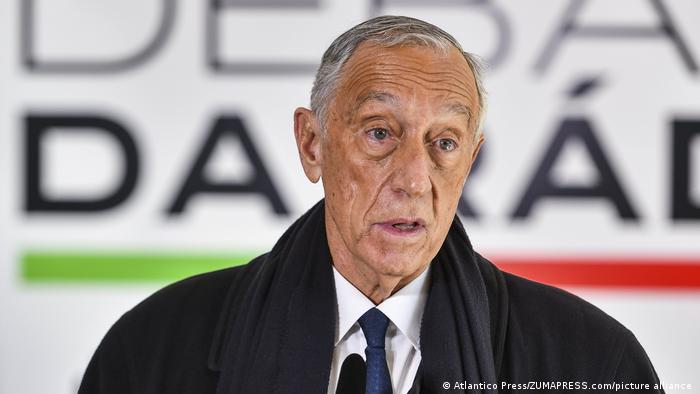 Polls indicate center-right incumbent Marcelo Rebelo de Sousa will win another term, although observers are watching how a far-right challenger could perform.

Portugal remains under a strict national lockdown after the country of 10.8 million recorded its worst daily coronavirus death toll and number of new infections on Saturday. Fatalities now stand over 10,000.

In his final campaign speech, Rebelo de Sousa urged voters to back him to avoid a second round of elections.

This, he said, would "spare the Portuguese people from the election being stretched out over three crucial weeks" — time that could be better spent slowing the pandemic, said the former minister and co-founder of the center-right Social Democratic Party (PSD).

Though current opinion polls predict the 72-year-old president will win up to 70% of the vote, lower turnout could impact those assumptions. However, the other seven candidates are all polling in the single-digit percentage range.

While not the head of state, Portugal's presidents have the power to dissolve parliament and call for fresh elections — a pivotal constitutional role with a minority government in power.

Historically all four presidents since the end of Portugal's dictatorship in 1976 have been re-elected for a second term.

Brazil is celebrating the 200th anniversary of its independence from Portugal, and President Jair Bolsonaro is using the occasion to cement his claim to power. Elections are scheduled for October 2, and Bolsonaro has no intention of vacating the presidency.

Angolans are voting in a tightly contested election for president and parliament. The left-wing party MPLA has ruled the country since its independence from Portugal in 1975, but the decision could depend on young voters fed up with politics-as-usual.