Millions of viewers grew up with him: Peter Lustig, the longtime host of the children's programme "Löwenzahn" died at his home in Husum surrounded by his family. He was 78 years old. 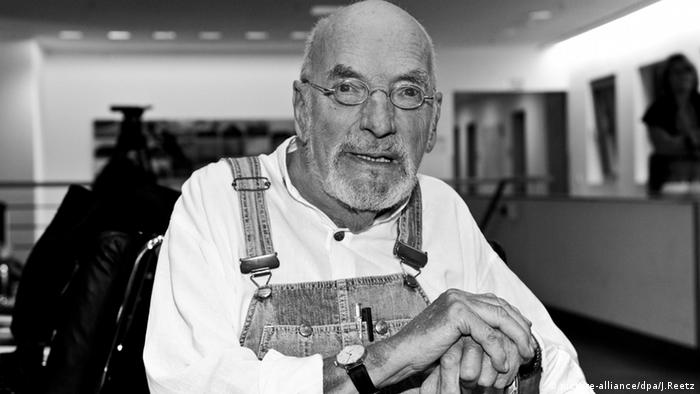 He explained the world to millions of children and also their parents: Peter Lustig, the man with the blue overalls, was the host of the popular German children’s programme "Löwenzahn" (Dandelion) for more then 25 years. In his show, he covered many topics related to nature and technology. He died at his home on Tuesday.

It was the way that Lustig presented the show that made him an icon of German TV over the years. He was like a quirky uncle-type who answered all questions and explained science's mysteries and phenomena with endless patience. In the TV show "Löwenzahn" he lived in a trailer, always wore wire-rimmed glasses and blue overalls - which became his trademark.

Apart from being a TV host, he was also the author of many children's books on science and nature.

Many Germans have taken to Twitter to remember "the hero of their childhood." Posting a meme on Twitter, a user called Fuchskind wrote: "Farewell Peter Lustig"

Many posted pictures of dandelions to remember their favorite TV host and his show:

Til Schweiger stars as a detective in Germany's celebrated "Tatort" crime show. The film is showing in cinemas - and that's just one reason why it deviates from one of Germany's long-standing television traditions. (04.02.2016)

The public loved him as an entertaining presenter of talk shows. Roger Willemsen also wrote best-sellers, loved football and was one of Germany’s best-known intellectuals. He has died at just 60 years old. (09.02.2016)

How many small cubes make up the classic Rubik's cube? The correct answer to this question made a German student an instant millionaire in a televised quiz. (08.12.2015)