The rehabilitation by Pope Benedict on Saturday, Jan. 24, of a traditionalist Bishop who denies the Holocaust threatens to harm Catholic-Jewish relations and foment anti-Semitism, Jewish leaders warn. 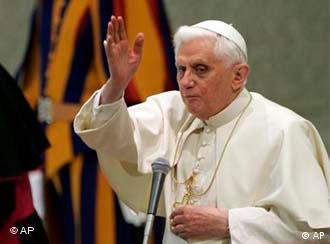 Among them is British-born Richard Williamson, who has made a number of statements saying he does not accept the full extent of the Nazi Holocaust of Jews accepted by mainstream historians.

Last Wednesday, he told Swedish television he did not believe there were Nazi gas chamgers and that only 300,000 Jews died in concentration camps, instead of six million.

"There was not one Jew killed by the gas chambers. It was all lies, lies, lies!" he said.

German prosecutors have launched a probe against Williamson on suspicion of inciting racial hatred by the comments.

Before the excommunications were lifted, Rome's chief rabbi said Williamson's rehabilitation would open a "deep wound."

The CRIF umbrella group of French Jewish organizations called him "a despicable liar whose only goal is to revive the centuries-old hate against Jews." 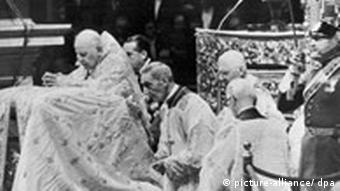 Besides lifting the excommunication of Williamson, the pope on Saturday rehabilitated three other Society of Saint Pius X (SSPX) bishops who broke with Rome over Church reforms introduced in the 1960s through the Second Vatican Council.

In 1988 the group leader, Archbishop Marcel Lefebvre, disobeying orders by Pope John Paul II, consecrated the four men as bishops in a move branded as schismatic by the Vatican. It led to the excommunication of Lefevbre and his four bishops.

Lefebvre died in 1991 without reconciling with the Vatican, but since his 2005 election as pope, Benedict has attempted to draw the group back into the Church, including easing restrictions on celebrating the old Latin Mass, one of the traditions held sacred by SSPX members.

The Latin Mass includes a Good Friday prayer for the conversion of Jews to Christianity.

SSPX which claims about 1 million followers worldwide, many of them in France, has criticized several moves in the Roman Catholic Church that stem from the Second Vatican Council, including reconciliation with followers of Judaism and and calls for

cooperation with other Christian denominations. 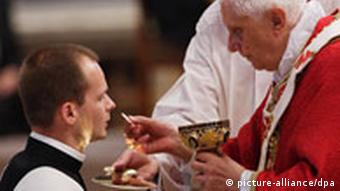 "(This act) has nothing to do with the personal opinions of a person, which are open to criticism, but are not pertinent to this decree," he said.

But criticism was loud from many corners, even outside of Europe.

"For any Catholic clergy to embrace the anti-Semitic Holocaust denier is obscene," said Abe Foxman, director of the Anti-Defamation League in the United States.

"It would be an insult to Catholic-Jewish relations and the memory of the millions of Jews who perished because they were Jews."

A paedophile priest in Germany has sought the approval of Pope Benedict XVI to resign from the priesthood after admitting he molested boarding-school boys in the 1970s, his order said Tuesday. (02.12.2008)

Referring to France as the Catholic Church’s “eldest daughter,” Pope Benedict began his four-day visit to the nation by calling upon the French to rethink the separation of religion and state. (12.09.2008)