After the world's largest cell phone producer announced it would close the doors on its plant in Bochum, German politicians say they will investigate whether Nokia took unfair advantage of state and EU subsidies. 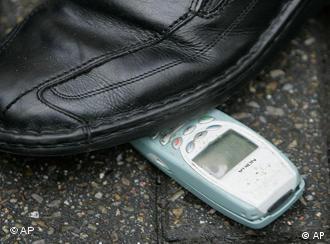 Jürgen Rüttgers, the premier of North Rhine-Westphalia, where Bochum is located, told public broadcaster ZDF on Wednesday, Jan. 16, that the Finnish company was a "locust which got money in Germany and then said without warning 'we are going to Romania' to maybe get more public funds there."

He also said he would attempt to recover the 60 million euros ($89 million) in subsidies the state had paid the company. Nokia also received about 28 million euros from the federal government.

"We are not simply going to accept this -- this is not yet the end of the debate," he added.

German politicians have accused international companies of behaving like "locusts" to describe what they deem an excessive greed for profits.

But getting any payments from Nokia is likely to prove difficult. North Rhine-Westphalia's finance minister, Christa Thoben, said a deal holding the company to Bochum, where it employed some 2,000 people, in exchange for subsidies ran out before Nokia announced its plans to leave. 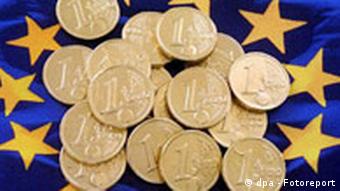 "You can't help but notice that the required period of retention ran out in September 2006 and half a year later Nokia makes the decision to build a new plant Romania," she said.

But German Deputy Economy Minister Hartmut Schauerte told reporters Berlin would request that the EU look into charges that Nokia is profiting from European Union subsidies in its decision to move production from Germany to Hungry and Romania.

"We are going to check with the European Commission if the relocation of this site is being supported financially by European structural funds," he said. "That must not be the case."

Schauerte added Germany was prepared for "intense talks" with Nokia to try to strike a deal to keep the Bochum plant open. 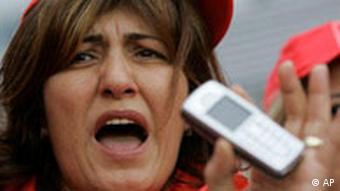 Nokia board member Veli Sundbäck said the company did not cash in on any EU subsidies in moving production to Romania and Hungry, both of which are EU members. He added that the company, like any other, did register for financial support from the Hungarian government. Hungary pays for up to 50 percent of costs for hi-tech companies that settle there.

Since 2005, when the EU was accused of paying for AEG to move production within the EU from Germany to Poland, the bloc has issued guidelines that prohibit the subsidization of manufacturing shifts among member states.

EU Commission President Jose Manuel Barroso said Wednesday that there was little to criticize in Nokia's decision to move production to other EU member states.

Nokia the last to leave 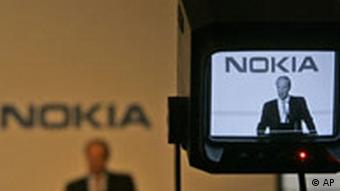 The decision to close the Bochum plant by the middle of the year makes Nokia the last cell phone manufacturer to leave Germany. Since 2006, some 6,000 jobs at cell phone plants have been cut in Germany as BenQ, once part of Siemens, and Motorola stopped German production.

Sundbäck said Nokia could not convince supplier to setup shop near Bochum and that the factory was not "internationally competitive."

"We are following Nokia's global strategy, which focuses on cost-effectiveness and logistics flexibility," he said.

German labor leaders, however, saying the factory was in the black.

"The location is running really well, profits are being made here," said Ulrike Kleinebrahm, the head of Bochum's IG-Metall union, adding that the plant's closure was a "catastrophe for Bochum."

Politicians and union leaders also said Germany's high labor costs, another reason cited by Nokia for closing the plant, make up only 5 percent of production expenses, but salary costs in Romania are a 10th of what companies pay in Germany.

Nokia booked record results in the third quarter of 2007. Its revenues climbed 28 percent to 12.9 billion euros compared to the same time the year before. Cell phone business is responsible for about 25 percent of the Finnish company's 1.56 billion euros in profits.

Ten of Europe's poorest countries could lose billions of euros in aid if they don't act quickly, a top European Union official said. (25.09.2007)

Do you think Nokia acted properly in deciding to close the Bochum plant? Send us your comments and please include your full name and country in your reply.