Many people have been killed in a string of attacks, including car bombings, across Iraq. Sunday's killings have reportedly brought the death toll from violence this month in Iraq to over 250. 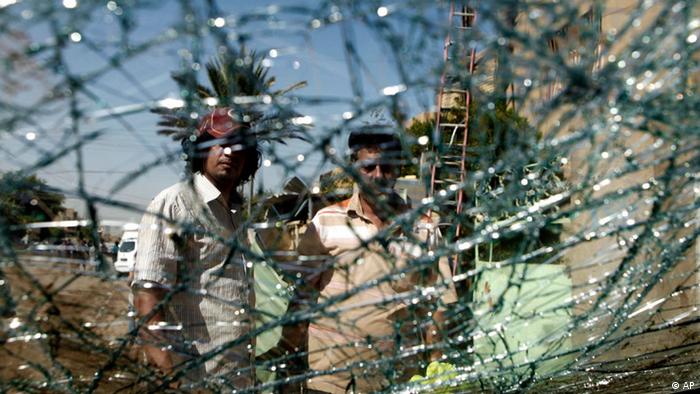 Security and medical officials said a wave of several car bombs and a shooting on Sunday had claimed at least 32 lives and wounded dozens more. Most of the car bombings targeted police checkpoints.

The deadliest set of explosions took place in Taji, 20 kilometers (12 miles) north of the capital, Baghdad. Three separate bombs went off in cars parked in Taji, killing 11 people and wounding at least 24 others, including several policemen.

Two more policemen were killed when a car bomb detonated in the town of Balad Ruz, 90 km northeast of Baghdad.

South of the capital, a car bomb exploded near a bus carrying Iranian pilgrims as it passed through the town of Madaen. Two passers-by were killed.

So far there has been no claim of responsibility, although a local al Qaeda affiliate and Sunni Islamist groups have been blamed for frequent assaults since US troops left Iraq in December.

A tally by AFP news agency lists at least 252 killed and 801 injured during attacks in Iraq this month.

Sunday's violence comes days after a prison break was reported in the northern city of Tikrit. More than 100 inmates, including convicted members of the al Qaeda front group the Islamic State of Iraq, escaped during an attack that began with a car bombing near the prison's entrance.

Iraq's interior ministry said some escapees were captured but others remained on the run, including leading al Qaeda members.