Warsaw's Muslim community is thriving in a tiny corner of the Polish capital; a microcosm of the country as a whole which has a minute Islamic minority living among a predominently Catholic populace. 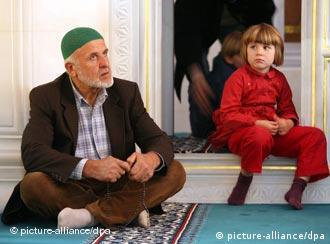 In an overwhelmingly Catholic country, Poland's Muslims are building a solid community

Warsaw's only mosque lies in a quiet suburb and hardly stands out from the surrounding homes with its arched brick entrance.

But inside, the mosque serves as the spiritual center for Warsaw's tiny Muslim community: many slowly made their homes in an overwhelmingly Roman Catholic nation, and a few can trace their Polish roots back centuries.

Prayer services in Warsaw on Friday can draw up to 300 people. There are Arabic lessons on Saturdays, a halal food store next door and an Islamic Cultural Center that offers booklets on Islam translated to Polish.

Imam Nezar Charif answers the phones, switching between Polish and his native Syrian dialect, before he leads the evening prayer during Ramadan. He tells a Polish woman the proper time to break the day-long fast, shares a joke in Arabic with a visitor and supervises renovations going on in the hall.

Before the three-story family home was converted into a mosque in 1991, Warsaw's Muslims gathered for prayers inside the Egyptian embassy or rented out a dance hall before its nightly discotheque.

Now the mosque is so crowded there's talk of building another downtown to accommodate Muslims who work in the city. 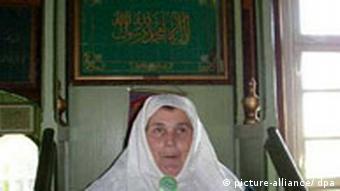 Poland's Islamic minority has deep roots in the country

Although most estimate Poland has some 30,000 Muslims -- less than 0.1 per cent of the population -- their small community is expected to grow. In Warsaw, they number between 5,000 and 7,000, and include businessmen, political refugees and those who came to study in the 1980s and stayed.

Charif came from Damascus to study at university in 1982, when Poland was communist but seen as a cheap country for Syrian, Iraqi and Libyan immigrants. Most of them returned to their homelands after graduation, but Charif stayed after he married a Polish woman.

Those who arrived in the 1970s and 1980s now make up a small percentage of Warsaw's Muslims, with many today coming from Turkey, Syria, Pakistan and Chechnya. In the mix are a handful of Poles who converted after marrying Muslims, and a few who became Muslims on their own.

Outside Warsaw, Poland boasts two historic mosques from the 17th and 18th century-built in the villages of Bohoniki and Kruszyniany, settlements of Poland's first Muslims in the 14th century.

The Tartars made their home in the Poland-Lithuania Commonwealth and practiced Islam freely in exchange for military service.

Their communities once numbered some 17,000 people, but today only several families remain as most Tatar descendants moved to cities for work.

Tatars enjoy more tolerance than those in cities

Some 2,000 Muslim Tatars live in Poland, said Bronislaw Talkowski, head of a Muslim community organization in Kruszyniany. Although the village is largely Catholic and conservative, Talkowski says there's more tolerance there than in more cosmopolitan cities. 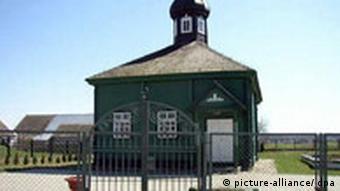 The wooden mosque in Bohoniki

"Tatars settled Kruszyniany at the end of the 17th century ... the locals know the Tatars from that time," Talkowski said. "And there's no animosity between Catholics and Muslims like you read about in certain places. That doesn't happen here."

But Muslims remain a tiny minority in a country that's 96 per cent Catholic, and among a people that has rarely lived alongside immigrants.

Warsaw doesn't have the large immigrant groups of cities like London or Paris, and Poland during communist times saw more people wanting to leave than hoping for entry.

Today the country is slowly becoming a likelier destination for immigrants, especially after it joined the European Union in 2004. But for many Poles outside larger cities, foreigners are still a strange sight.

Charif says most Varsovians are tolerant, and reports only a few isolated incidents that peaked after the September 11, 2001 terrorist attacks on the United States, but soon tapered off.

Harassment comes from a small percentage of Poles

Women who wear the hijab, or veil, can face more harassment because they look openly Muslim, but Charif says they report rare incidents that mostly come from elderly or drunk Poles.

"They're rare but they happen," Charif says. "There are others who feel stress and who feel aggression.

"But our religion says if there are people that want to laugh, you pass by them and make your ears like a tunnel. It passes from one side and comes out the other."

How well are Muslims integrated into European societies? This was the question taken up in Berlin at a conference that brought together prominent Muslims and politicians from the United Kingdom and Germany. (23.03.2007)