Poland′s Jewish Secret Unearthed | News and current affairs from Germany and around the world | DW | 05.11.2002

Poland's role in the massacre of thousands of Jews during World War II has been understated, according to new research by the Polish Institute for National Remembrance. 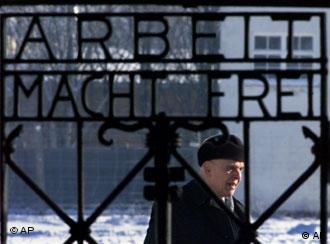 A recently published report by the Polish Institute for National Remembrance (IPN) suggests that the involvement of Polish citizens in the killing of thousands of Jews during World War II was greater than previously acknowledged.

The report, which will form part of a book documenting the role of Poland in the execution of Hitler's 'Final Solution,' states that Poles were responsible for incidents that had been blamed entirely on occupying Nazi German forces. In 'Around Jedwabne,' the IPN documents that at least 30 anti-Jewish pogroms, or sanctioned massacres, were carried out by Poles around the town of Jedwabne and other areas of northeast Poland in 1941.

Accounts suggest that the burning of 1,600 Jews in a barn in Jedwabne was not the only atrocity and that similar acts in 22 other towns in the region contributed to the thousands of deaths previously thought to be the sole work of the German army.

Using new evidence from 32 Jewish survivors and the files of 93 Poles held responsible after the war, the IPN has pieced together a disturbing picture of life under Nazi occupation where local townsfolk brutally killed hundreds of their Jewish neighbors. The revelations will fracture the long held self-belief that Poland was a land of victims rather than co-perpetrators during the war.

"The most important discovery made during our work was that the Jedwabne massacre was not an isolated incident but part of a wider phenomenon in those territories, " said co-author Kryzystof Persak on TVN24, a private Polish broadcaster.

Persak added that greed was often the motivation behind the killings but also the perception that the Jews had collaborated with the Soviets during the brutal Russian occupation of 1939 -1941. He stressed the importance of the encouragement by German troops in the massacres, as the evidence points to the fact that the pogroms were almost certainly instigated by the Nazis in the area.

According to the Polish daily 'Rzeczpospolita,' the IPN report showed that 100 Poles were charged with offences related to the 1941 pogroms after the war ended. 27 were found guilty with four death sentences handed out and one carried out.