Poland Urges US to Stick to Missile Shield in Europe | Europe | News and current affairs from around the continent | DW | 22.03.2009

Poland Urges US to Stick to Missile Shield in Europe

Warsaw urged the United States on Sunday, March 22, not to give up on the Bush administration's plans to station a controversial anti-missile shield in Poland -- despite continued pressure from Russia. 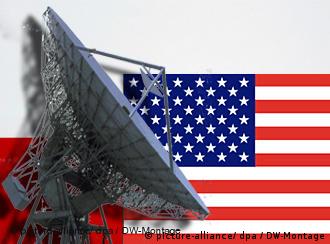 "We hope we don't regret our trust in the United States," Polish Foreign Minister Radoslaw Sikorski said at the Brussels Forum conference to an audience of senior world politicians and experts. 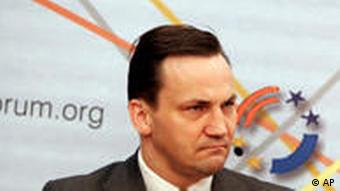 Russia was enraged by the US missile plans -- which the last administration under George W. Bush said was needed to counter a threat from Iran -- but has welcomed the review ordered by President Barack Obama.

"I am afraid Russian generals and even the Russian president continue to threaten us with the deployment of medium-range missiles," Sikorski said.

But Congresswoman Ellen Tauscher, who is expected to become the new undersecretary for arms control and international security in the new US administration, said it was more important to counter the real threat from short- and medium-range missiles, while the review takes place.

"We need to re-assess," she said, noting that the US Congress believes the shield should not be deployed further until it has undergone "three or four more tests."

"The threat is short- and medium-range missiles targeted towards our forward deployed troops, and our allies in southern Europe," she said. "We could certainly bolt on the long-range system once it has been tested and create a suite of systems that have complete coverage for everybody." 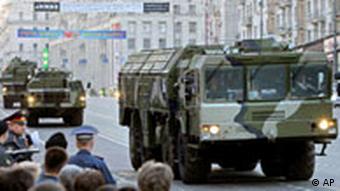 Russia has been bitterly opposed to the deployment of a US anti-missile system in Poland and the Czech Republic ever since it was proposed by the former US President George W. Bush. The US had been negotiating with the two ex-Communist countries to install 10 missile interceptors, which would not carry explosive warheads, and a radar system on their territories.

Moscow saw the interceptor system, which was initially meant to be in operation by 2013, as a threat to its own security. Washington always denied this, emphasizing that the system was meant to counter missile threats from states such as Iran.

Russia, in turn, had threatened to deploy Iskander missiles to Kaliningrad, a Russian exclave wedged between NATO and EU members Poland and Lithuania, if Washington did not withdraw the missile shield plan.

But it was assuaged by Obama's decision to order a review of the multi-billion dollar project to see whether it is still technically feasible and cost effective. The time needed to conduct it is unclear. 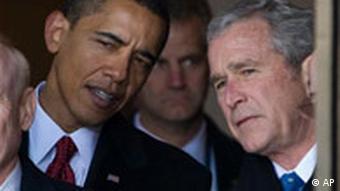 Will US Presdent Obama, left, keep the promises made by George W. Bush?

Warsaw sees the presence of a US shield on its territory as a symbolic security guarantee to counter an increasingly assertive Russia.

Russia opposed NATO's admission of the three ex-communist countries -- Poland, the Czech Republic and Hungary -- in 1999 and is campaigning strongly against Georgia and Ukraine, former Soviet republics, being allowed to join an alliance that Russians still view with deep distrust.

But Sikorski stressed that Poland had taken "something of a political risk" in signing an agreement with the previous US administration.

"When we started discussing this with the United States, the US assured us they would persuade the Russians that it was purely defensive and it would be a non-controversial decision," he said.

Last month, Polish Defense Minister Bogdan Klich said talks with Washington on the plan, and in particular the stationing of US Patriot missiles in Poland and other benefits Warsaw stood to gain, were ongoing.

Czech officials, however, have said they would be prepared to wait three years for work on the radar base to begin. Polls show the Czech public is largely opposed to the system.

For European leaders, the upcoming Munich Security Conference is the first opportunity they'll have to see if the new US administration is really looking for change. (03.02.2009)