Poland remembers the outbreak of World War II | Europe| News and current affairs from around the continent | DW | 01.09.2009

Poland commemorates the battle of Westerplatte, which marked the start of World War II on Sept. 1, 1939. Ignacy Skowron was one of the soldiers who tried to defend his country from the Germans' overwhelming attack. 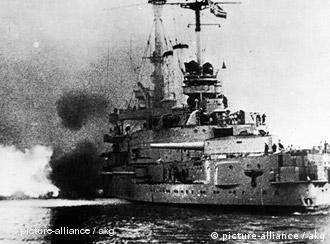 The war started when a German battleship opened fire on a small Polish military depot on the Westerplatte peninsula in what was then the free city of Danzig on the Baltic Sea coast.

The barracks was expected to hold out for a matter of hours but the skill and bravery of the Polish troops saw them resist for a week before they surrendered. One of the Polish soldiers who fought in that first battle of the war was 94-year-old Ignacy Skowron. 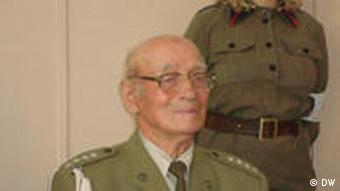 Ignacy Skowron fought in the first battle of WWII

"I looked out at the channel with a telescope, first right, then left, and then at the battleship which was moored in the bay. At that moment I saw a flash and the first shell hit the gate," he recalls.

"Later the battleship sailed into the channel and began firing one shell after another, and I saw large trees being snapped in two."

The German battleship "Schleswig-Holstein" had launched its attack on the Polish Military Transport Depot. The barracks was defended by just 182 soldiers.

Nobody expected the defenders to resist for long as they came under attack from the sea, air and land, by a force of more than 3,000. Despite overwhelming odds they managed to repel attack after attack.

"The Germans saw that this wasn't working," Skowron says. "They had flamethrowers and they thought if they couldn't break through by shooting they would overcome us with flames."

"By the sixth day, we were barely managing to survive because we were cold and hungry; we were dirty and hadn't slept. We were struggling." 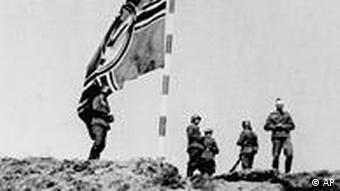 On the seventh day the Polish commander gave the order to surrender. By that stage half of Poland had already fallen under the German invasion.

For Poles the Second World War caused enormous destruction and suffering. Around six million people were killed and its cities were left in ruins. But people here are proud of their resistance record.

"Westerplatte is the most important, the most recognizable symbol of Polish heroism and Polish resistance," explains Professor Pawel Machcewicz, an historian and adviser to the prime minister.

"This was an isolated post with 200 Polish soldiers. Their duty was to resist for 12 hours, and they resisted for seven days against an overwhelming German army."

An apology from Moscow? 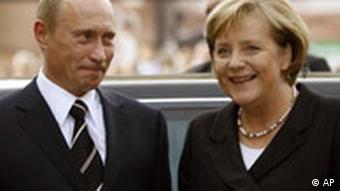 Merkel and Putin are in Gdansk for the commemoration

Two weeks after the German invasion in 1939, the Soviet Union invaded Poland from the east. That and the subsequent murder of more than 20,000 Polish officers by the Soviet secret police in the forests of Katyn still provoke painful disagreement between Moscow and Warsaw.

Professor Machcewicz says Poles are keenly waiting to hear the content of Russian Prime Minister Putin's speech at the commemoration ceremony in Gdansk.

"There is a very strong expectation among the Poles that Mr Putin will make a gesture towards the Polish historical sensitivity. A gesture that could be related to Katyn, to the aggression of the Soviet Union towards Poland in September 1939. We are waiting for a gesture."

Nazi Germany's invasion of Poland on Sept. 1, 1939, precipitated the beginning of World War II. Soon after, Great Britain and France declared war on Hitler's regime, plunging the continent into chaos. (01.09.2009)

70 years ago, Soviet-Nazi pact called for division of Europe

By dividing Europe into German and Soviet spheres of influence, the Molotov-Ribbentrop pact gave Hitler a free hand to attack Western Europe and consigned much of Eastern Europe to Stalin - with tragic consequences. (23.08.2009)

The remains of more than 2,000 German civilians discovered in a mass grave in the town of Malbork in northern Poland have been reburied at a ceremony at one of the country's German military cemeteries on Friday. (14.08.2009)

DW-RADIO on Poland remembering the start of World War II