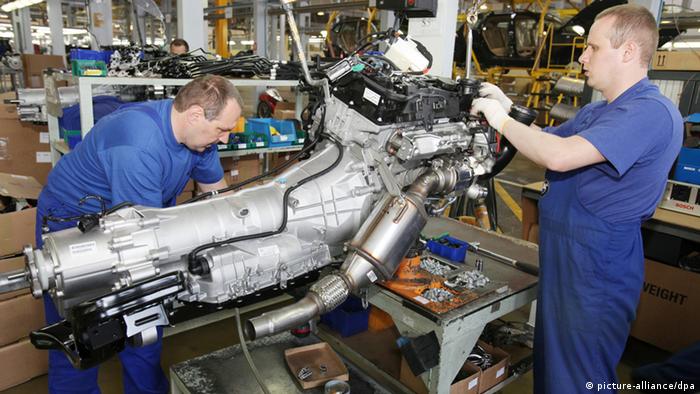 Following a record German-Russian trade volume of 80.5 billion euros ($109.9 billion) in 2012, figures for last year suggested a marked cooling of business activities between the two nations, with the 2013 trade volume amounting to only 76.5 billion euros.

"Since 2011, Russia's growth rate has dipped steadily, and this is increasingly having an impact on trade between that country and Germany," OA Chairman Eckhard Cordes said in a statement. "We do not expect a trend reversal in the current year, on the contrary, considering a possible recession in Russia and costlier exports because of the much weaker ruble."

Cordes added, though, that his committee was glad about recent signals from Moscow indicating the government's willingness to improve conditions on the ground for foreign investors.

OA Managing Director Rainer Lindner pointed out that while the situation with Ukraine was problematic at the moment given the political turmoil in recent weeks, German exports dropped by 5.4 billion euros in 2013 already, preceding most of the conflict in Kyiv.

Lindner, who's currently in Ukraine, said it's important for the country to receive foreign emergency funds immediately to help it avoid bankruptcy.

For the first time since the beginning of the pandemic, Germany has recorded more than 10,000 COVID-19 cases in a single day. It is the second time within a week that Germany's daily case record has been broken.