Non-dairy ice creams often disappoint. But German scientists have created a new dessert made from lupin plants that may be just what lactose-intolerant eaters ordered. 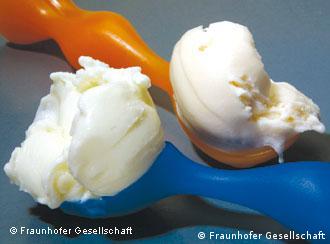 Researchers say lupin ice cream is as good as dairy

A cold scoop of ice cream is the ultimate treat on a hot day. But for lactose-intolerant people, the luscious dessert is a forbidden pleasure, conjuring up thoughts of painful symptoms.

Some German researchers say they now have a way to make a dairy-free ice cream with all the creamy texture of milk. They're using seeds of the blue sweet lupin, a tall, reed-like flowering plant common in Europe and the Americas.

A few southern German supermarkets have been selling the new lupin ice cream, called Lupinesse, since May.

It is priced as a mid-range ice cream, costing about 3 euros ($4.33) per half liter - above a generic ice cream, but well below premium brands like Ben & Jerry's. 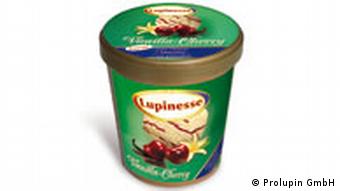 Lactose intolerant ice cream lovers can get frozen desserts made with soy. But the texture and mouthfeel does not match up with dairy ice cream.

Researchers from the Fraunhofer Institute for Process Engineering and Packaging in Freising, Germany - just northeast of Munich - say their blue sweet lupin makes ice cream that tastes better than any non-dairy option on the market, especially soy-based desserts.

"Soybean proteins in comparison to lupins are very low," said Klaus Müller, a Fraunhofer food scientist, in an interview with Deutsche Welle.

Because of the blue sweet lupin's high-quality protein content, researchers say it can replicate the creamy consistency of dairy. The ice cream industry has been down this road before, making frozen desserts with soybeans, rice and potatoes. But the results have generally fallen short of dairy.

"The other proteins have a problem with texture, with mouthfeel and general consumer acceptance," Kaushik Shankar, a food analyst at Frost & Sullivan, told Deutsche Welle in a phone interview.

"The trend that we also saw for daily proteins in the ice cream application and so forth is that manufacturers would like to have a higher lactose content because that is what gives better mouthfeel and texture." 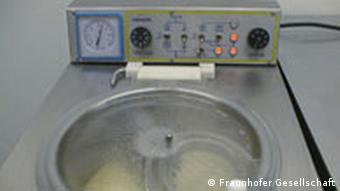 From seed to ice cream

But at the Fraunhofer Institute, scientists believe they have solved the problems other plant based ice creams had. The lab there makes for an unusual ice cream parlor, with gleaming, expensive-looking steel machines filling cavernous rooms populated by scientists in spotless white coats and hard hats.

Once scientists have the lupin seeds, they are processed into flakes. This makes it easier to separate the lupin protein in centrifuges. That protein then essentially stands in for milk in the ice cream production process, where flavors like cherry, walnut, chocolate, strawberry and vanilla are added.

But the bottom line, Shankar adds, is that the ice cream must be as good as dairy, which hinges on whether the protein in blue sweet lupin is good enough to replace milk. 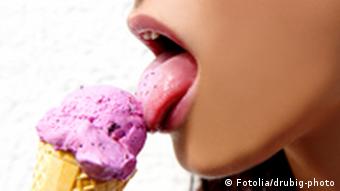 Lactose intolerant people must look before they lick

"It's absolutely essential that the protein also forms an integral part of the structure of the ice cream," he says. "And if [Fraunhofer researchers] have been able to answer that, then they are looking at a very successful product."

Fraunhofer set up a tasting of their Strawberry Mousse and Vanilla-Cherry ice cream for this reporter. The lupin ice cream did have a taste, texture, mouthfeel and appearance remarkably similar to dairy ice cream.

An informal, unscientific tasting in Munich using lupin ice cream bought from a local grocery store also appeared to yield positive results. People who tried the ice cream found nothing unusual about it, and were surprised to learn it came from plants, not milk.

If enough people have the same reaction, the four flavors of lupin ice cream could be a success.

As temperatures soar, only one thing can appease an unruly kid or an overheated hipster: ice cream. Whether it's Persian, Peruvian or Prussian that you want, there's plenty of supply to meet demand in Germany's capital. (05.08.2011)

Italy's artisan gelato tradition is enjoying a worldwide boom and China is the latest country to taste its success. (05.02.2011)

Sales of ice cream, mineral water and beer were sluggish through mid-June, then the mercury went up and demand followed. With production in high gear, some beer brewers are facing an unexpected snag. (23.07.2010)