Catholic Church officials in Poland have given their blessing to a new exorcism center. It's expected to get quite a few visitors from across the border in Germany, where the topic has long been taboo. 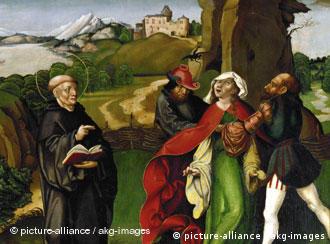 When Polish daily Gazeta Wyborcza reported in December that the country's Catholic Church had approved plans for an exorcism center in the town of Poczernin near Szczecin, the news was gleefully pounced upon in Germany.

Andrzej Trojanowski, the Szczecin-based Catholic priest behind the project, insists that there is nothing unusual about the center, which he says is still only in its planning phase.

"The media call it an exorcism center, I call it a spiritual retreat," he said.

But while dismissing the newspaper reports as sensationalist, he conceded that he was indeed a practising exorcist, and said he did not rule out the possibility of visitors to the center who believe they are possessed by Satan.

"Then I would pray with them for their spiritual liberation," he said.

"Ideally, each deanery would have one," he argued.

Piatkowski refused a request for an interview for this report -- perhaps fed up with the German media's fascination with what is basically a fairly common phenomenon in Poland. So common in fact, that in July 2007, the southern Polish city of Częstochowa hosted the fourth International Exorcists' Congress, welcoming some 330 practicing exorcists from 29 countries. 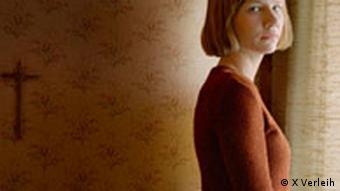 German movie "Requiem" is based on Anneliese Michel's story

It's unlikely that any of them came from Germany.

The practice has been taboo here since 1976, when a young Catholic woman named Anneliese Michel died in Bavaria as a consequence of several exorcisms that had been approved by the then Bishop of Würzburg, Josef Stangl.

The two priests who performed the ritual and her parents were later convicted of negligent homicide, while the Catholic Church reversed its position and declared Anneliese Michel to have been mentally ill.

But the fact that the country now has no working exorcists by no means rules out the existence of people who believe themselves to be demonically possessed. According to Polish newspapers, both Trojanowski and Piatkowski maintain their services are highly sought after by visitors from across the border. 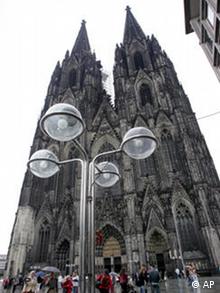 More and more people feel they are damned

Demand is indeed growing, even in highly secularized Germany, said Markus Roentgen from the support and pastoral care services at the Cologne archbishopric.

"The number of people who think they are possessed by evil spirits is on the rise -- some 50 people a year get in touch with us, and the number is increasing," he said, adding that he believes that this trend is to do with Germany's changing demographics. "Many of those who come to us are immigrants from southern and south-eastern Europe -- countries where the practice is more common."

He also cites the abundance of apocalyptic images circulated by the media as a factor.

"Not everyone can process images of disaster such as the planes crashing into the World Trade Center on Sept. 11 and the 2004 tsunami," he said. "They can become haunted by images of destruction that they've tried to repress."

Consequently, Cologne's Cardinal Joachim Meisner has entrusted Roentgen with the task of assembling a workgroup of 15 experts to deal with the issue of exorcism.

"This is a three-fold service," Roentgen said. "It includes pastoral, medical and psychological care, because we believe that prayer needs to be backed up by clinical treatment."

But he also suggests that exorcism is not at odds with modern Catholic thinking.

"We do believe in the existence of evil in the world, and we acknowledge that some of the people we see are suffering from conditions that cannot be treated by medicine or therapy," he said.

Richard Bell, an exorcism expert from Nottingham University in England, agreed that the devil can manifest himself in things such as illness or counterfeit religion.

Back on the agenda

Even the Vatican is showing a renewed interest in the subject. In 1999, it updated the Rite of Exorcism for the first time since 1614.

Moreover, Rome's prestigious Athenaeum Pontificium Regina Apostolorum College in 2005 launched a course for exorcists, which includes classes on the history of Satanism.

Last month, however, the Vatican denied it was planning to increase the number of Roman Catholic priests, who cast out evil spirits around the world after the Roman Catholic Web site Petrus revealed that the pope intended to install more exorcists in every diocese in 2008 and to reintroduce a prayer during mass to St. Michael the Archangel, believed to be the prime protector against evil. 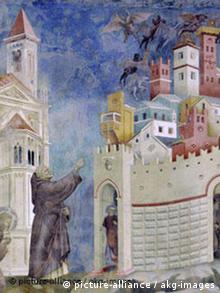 It would be a chilling prospect to many. But others are convinced it has a valid basis.

"Exorcism was a key part of the ministry of Jesus and the early Church," Bell said. "I believe it is an appropriate ministry even for today. The defeat of the devil is a fundamental part of Christian theology. The devil and evil spirits are mythological entities but are nevertheless 'real' -- just as 'Adam' is a reality in Christian theology."

"Here in the western world we shouldn't be so arrogant as to rule out a phenomenon that 75 percent of the world believes in," he said. "And after all, who heals is right."

But he was quick to stress there is nothing sinister about the issue.

"In esoteric circles, reference to positive and negative energies and banishing them is considered perfectly normal," he said. "But when the Catholic Church uses similar terms and calls it exorcism, people automatically think it's deeply suspicious."

Do you think exorcism has a place in today's Catholic Church? Send us an e-mail, and please include your name and country in your reply.