The Pirates support free markets and reject patent protection. But other than that, the party has little to offer when it comes to their economic policy agenda. German business representatives are watching them closely. 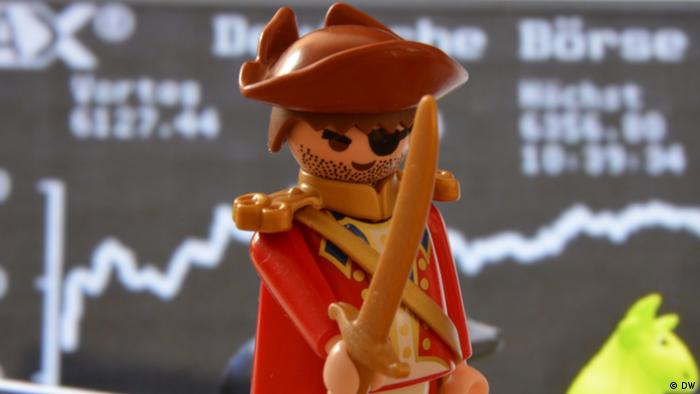 A look into the party platform usually tells you a lot about how the party works and what it stands for. Under the headline of economic policy, the Christian Democratic Union (CDU) says, "work must be worthwhile financially." The Social Democrats (SPD) want "progress and justice" while the Green Party would like to “generate growth without adversely affecting the ecology and society.” The Liberals (FDP) want to push on with the privatization of companies, while the Left Party wants to reign in excessive profiteering. 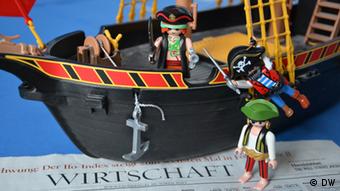 But if you flip through the platform of the Pirate Party, there are no such statements anywhere. Economic policy only gets mentioned in the form of bullet points. But you have to cut the party some slack, says Bernhard Rohleder, CEO of Bitkom. Bitkom is the economic alliance which represents the German IT, telecommunications and new media sectors.

Rohleder says the Pirates need to be given time to position themselves and agree on their stance in areas that are not their core topics.

"Remember that the Pirates had a pretty messy birth process and they have only just stepped into the political arena now," he says. "So of course nobody is expecting them to have something relevant to say in every field. That's simply impossible - nobody would be able to do that."

But there are some economic guidelines the Pirates have already put on their agenda. They favor free markets and want to support small and medium sized companies. They are against subsidies for ailing firms – which is what was discussed in the case of insolvent German drug store chain Schlecker.

German enterprises listen particularly closely to what the Pirates have to say when it comes to the protection of intellectual property. The Pirates are in favor of free copy and usage, and reject patents as "limiting common welfare in an artificial way."

That's not something that business representatives agree with, according to Achim Dercks, deputy CEO of the Association of German Chambers of Industry and Commerce (DIHK). But he's still not worried that patent protection in Germany could be in danger.

"The Pirates won't be able to reject patents per se for long," Dercks says. "After talking to experts, they will understand that this is how it works: Our economic system is based on the idea that investment in new products pays off because they are protected by patents for a while."

Lots to learn yet 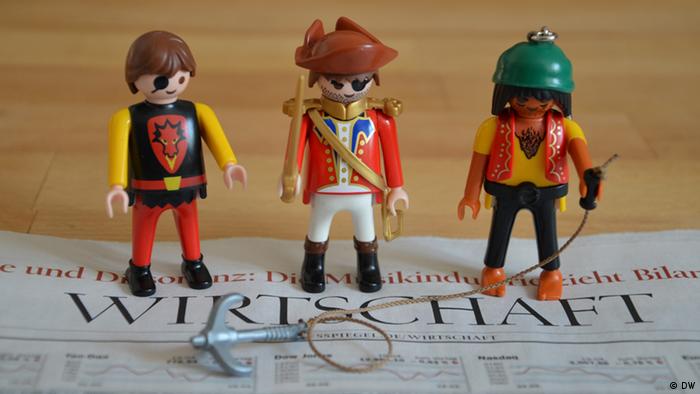 Bernhard Rohleder of Bitkom uses a similar line of argument. He says the Pirates still have a lot to learn in the area of patent rights. In their party platform they warn of introducing patents for software, for instance. But Rohleder points out that such patents have long been banned by law.

The Pirates' idea that everything online should be made available for free is not something that Rohleder believes in either.

"I think I have to create awareness with the Pirates party that the Internet and all its content don't just appear from nowhere," he says, "but that it's something which has to be built. They also have to understand that the online sectors are an industry that needs a supporting political framework, in order to be successful. Only then can these sectors properly provide their services online, and only then can they create jobs."

Rohleder is actively looking for dialogue with representatives of the Pirate Party in order to raise their awareness of business interests. Bitkom has already established a constructive exchange with some party representatives, he says.

That's far more than what DIHK has reached so far. There have been early talks, but no official contacts yet.

"Where there is no dialogue, it's hard to exchange views about certain topics," says DIHK's Achim Dercks.

Dercks hopes that the Pirates' upcoming federal party congress will provide the framework to establish a general orientation in the most crucial areas of economic policy, especially taxation policy, "so that we can enter into a content-related debate."

The German Association of Industry (BDI) has not been in touch with the Pirates at all yet.

"We're carefully monitoring the phenomenon and the party's increasing success," says a spokesperson, but that's it – no further official statement from BDI.

The association and the party don't have much in common, to say the least. Bitkom's CEO Rohleder says that BDI is having a hard time dealing with the Pirates because they're "not likely to become an economic interest party any time soon." 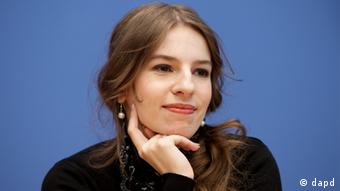 Marina Weisband is one of the party's most prominent faces

And still, Bitkom's Rohleder points out that his association is glad the Pirates exist. With relatively little effort, he says, they managed to get considerable attention for topics that determine how the economy, society, and politics will evolve.

"With their success at various elections, the Pirates have managed to give a wake up call to all the established and traditional parties," he says. "These topics are now on the agenda of all parties, and they give them the attention they deserve."

Chambers of Commerce in focus

But what is true for the politics of the Internet is not necessarily true for other parts of the party platform, at least not in the eyes of business representatives. The Pirates are calling for the “abolition of forced membership in chambers or associations like the Chamber of Industry and Commerce (IHK) or the Chamber of Agriculture and Small Trade.” This goal doesn't apply to lawyers, notaries and doctors, say the Pirates.

Of course, Dercks of DIHK takes a completely different view.

"We must say that we do look forward to entering into discussion, because everybody who is a member of such a chamber is obliged by law to have proof that it actually makes sense for him or her to be a member."

So far, Dercks adds, DIHK have managed to win over all parties. "There are representatives of some of the occupation groups among the Pirates themselves. And interestingly, they are exempt from the planned abolition of chamber membership."

That, says Dercks, is also part of the truth that needs to be told.

Pirates on the road to success

After their success in Sunday's state election in Saarland, Germany's upstart Pirate Party has established politicians worried. Their next goal: the Bundestag. (27.03.2012)

Members of the Pirate Party failed in their attempt to overturn a ban on dancing in public on Good Friday. Demonstrations planned for Friday were also banned, though some took place online. (07.04.2012)

Changing German politics from the inside - and online

The upstart Pirate Party snagged almost one in 10 votes in Berlin's recent ballot, and the tech-savvy newcomers are setting their future targets. Priority one: more transparent government - with or without the Pirates. (05.10.2011)