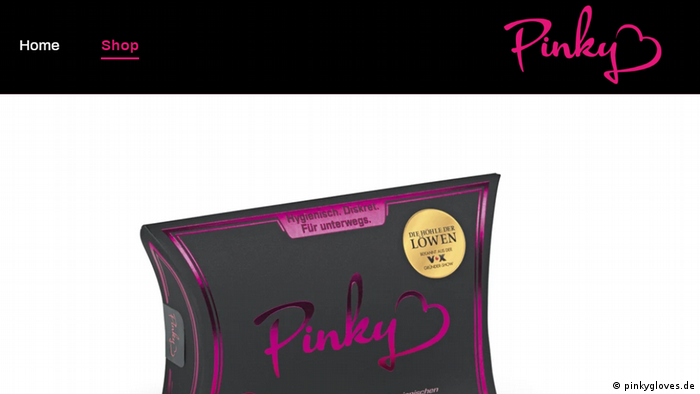 A German entrepreneur duo and their celebrity investor made public apologies on Wednesday after their latest invention was met with disbelief and ridicule on social media.

The eruption was sparked by Pinky Gloves a product the two men invented to solve what they considered a pressing issue — how to discreetly dispose of tampons and sanitary pads. 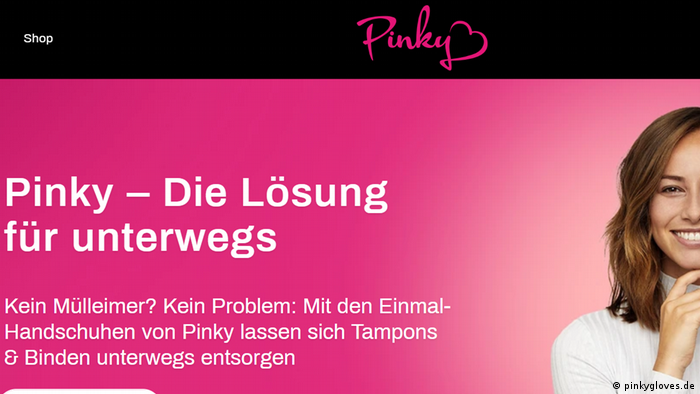 'No trash can? No problem: with the disposable Pinky Gloves tampons and pads can be disposed of while you are out and about,' the company's website says

Eugen Raimkulow and Andre Ritterswürden presented their idea on the German TV show Die Höhle der Löwen (The Lions' Den), on which inventors seek money from a group of investors.

Ralf Dümmel, the businessman who decided to invest €30,000 in the product, took to Instagram to say sorry for not having given enough attention to the topic of periods.

The pink-colored plastic gloves were called environmentally unfriendly and sexist, while some called out the male team for stigmatizing periods.

"This product is not just unnecessary and environmentally damaging," the author Franka Frei wrote on Instagram. "It's also a step backward in terms of stigmatizing people who menstruate."

The medical doctor and author Jennifer Gunter expressed her disbelief on Twitter, saying: "So these dudes designed pink gloves so tampons and pads can be disposed of properly and discretely."

"Every day there is another useless product for the vagina," she added.

Others raised the issue of overpriced women's hygiene products being the problem rather than something to hide menstrual blood with.

One Twitter use wrote: "What do people who menstruate want? Free and accessible period products. What do they get? Pink gloves so that cis-men don't have to see any red in the bathroom toilet."

The two founders of Pinky Gloves responded to the outcry by saying that it had "become clear that we still have to learn a lot and we have some blind spots," the German news agency dpa reported.

They had claimed on TV to understand women because they had been married and had lived with women as housemates. From their experience, they had come across period products in the bin.

"After a while, it just smells unpleasant," Raimkulow told the investors.

Dümmel said in his Instagram apology that the two inventors had received "serious criticisms," which they as men were "simply not aware of."

He also found a positive light from the incident, arguing that Pinky Gloves had brought attention to the "public portrayal of periods" through the "heated debate."

Speaking to dpa from their village of Olfen in western Germany, Raimkulow and Ritterswürden also said they and their families had been victims of "massive hate speech" following the TV show.