Earthquake, tsunami and nuclear emergency - the flood of images portraying the disaster in Japan is never-ending. Art historian Jörg Trempler explains the effect and meaning of the visual documentation of catastrophes. 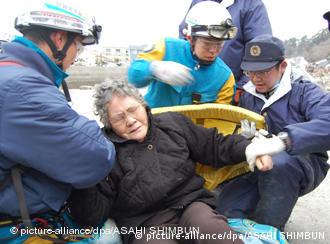 Jörg Trempler is an art historian and image scholar at Humboldt University in Berlin and will soon teach at the University of Jena. His research has focused on the significance of images tied to catastrophes.

Deutsche Welle: What does "catastrophe" mean in theater language, which is where the term originated?

Jörg Trempler: It basically means "turning point," in the literal translation of the Greek "kata-strephein." It stems from the classic tragedy play, which has three parts: a beginning, in which the story develops, then a turning point - the catastrophe - and then the ending. The turning point is necessary for building suspense. Suspense without a turning point would be boring.

How long has the term "catastrophe" been in use?

There have always been incidents that we would describe as catastrophes. But they have only been called that since the 18th century. We can say today, "This is a nuclear accident; this is an earthquake; this is a volcanic eruption." No one is forcing us to call these events catastrophes. Then you ask yourself, when is an earthquake a catastrophe? You can historically go back to the real meaning of the word - the "turning point." Based on this, an incident is catastrophic when it has a turning-point quality to it.

What, in this case, is characteristic of a catastrophe?

Catastrophes are only measurable for reinsurance companies based on the total damage caused. But in the material sense, I don't think a proper definition will ever be created.

So my theory is that a catastrophe is not an incident, but its interpretation is.

What role do images play in remembering a catastrophe?

I believe that images of catastrophes can play an important role in the assessment of an incident. We always think that the event itself is a catastrophe, but it should be understood as the interpretation of an event - and images help with this.

Is there a typically German way of portraying catastrophes?

I can't really say. Possibly there is a European way of catastrophe portrayal. I believe that [German historian] Friedrich Meinecke wrote a book as early as the late 1940s about World War II as a catastrophe. This could maybe be described as the German way.

You are currently working in New York. How do you assess the American way of reporting the news compared to the German way?

The question is: What is it about the photos of Fukushima that creates the image of catastrophe from the German perspective? I think it's related to the fact that we've already had a turning point in energy policy. The American reports focused more on the earthquake and less on the nuclear power plant. The incidents in the power plant were portrayed as a lot more controllable, whereas the German reports focused very much on the dangers involved and therefore portrayed the catastrophe in terms of a turning point. In general, I believe that the effect of images is largely dependant on the current public debates in the given country, such as those on energy policy.

What effect did the reports on the disaster in Japan have on you?

For me, the most powerful image was not the one of the hydrogen explosion, which was shown repeatedly, but rather the nuclear power plant in ruins. Hard facts were important for us in the reports on the event: the temperature in the reactor, the water level, the pressure, and so on. But what we see in addition is the photo of a ruin.

Europe has a long tradition of portraying ruins with the attitude "things will pass" and "things will begin again." I believe that there is a large discrepancy between this and nuclear energy, which functions within a completely different time frame. A nuclear power plant in ruins evokes fear because it clashes with the conventional sense of time.

Could the image of the ruin have been chosen simply because radiation can't be photographed? 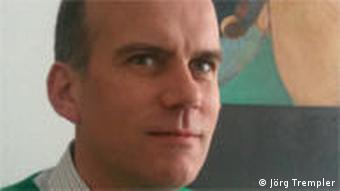 That's part of it. There is no way of showing radiation. What stands out in this case is that at this stage we still don't have any photos from the inside of the nuclear plant. The only image we have doesn't give us much in the way of "hard facts," though it's impressive as far as images go. It shows that, in the interest of security, a nuclear power plant should never fall into such disrepair.

To show this building in ruins harks back to the tradition of ruin portrayal and conveys the message, "This building, too, will one day collapse." Due to the long radioactive half-life, we definitely have a problem then.

As an image scholar, what is your opinion of the various visual and aural elements - such as soundtracks and picture strips - that are used in news reporting?

I have thought a lot about this as well. There is a long tradition of presenting poignant images in the aftermath of catastrophes - that's nothing new. What I think is of critical importance is the blurring of boundaries between "kitschy" images and news reports. In such cases I think a line is crossed that shouldn't be crossed.

Twenty-five years after the nuclear meltdown, Chernobyl is still desolate and radioactive. Photographer Andrej Krementschouk offers a unique perspective on the area, and explains why some people still live there. (18.03.2011)

Photokina offers a snapshot of photography's, and society's, future