The Mount Mayon volcano in the Philippines has exploded and pelted a group of climbers with debris. Five people are feared dead. Officials said further eruptions or lava flows were unlikely, and evacuation unnecessary. 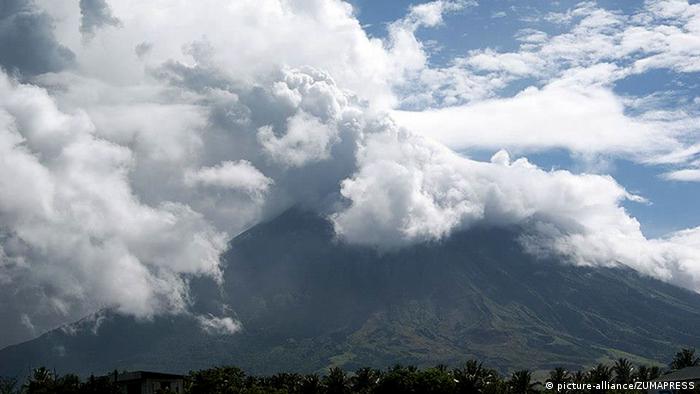 A group of tourists and local guides, thought to number between 20 and 30 in all, were climbing Mount Mayon on Tuesday when one of the Philippines' most active volcanoes blew its top.

What was described by seismologists as a "minor steam-driven explosion" pelted the tour group with large stones and rocks. 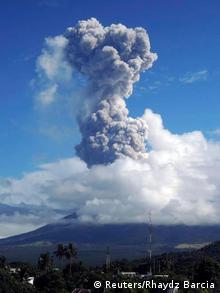 Lava flows are considered unlikely after the steam blast

The Philippines' National Disaster Risk Reduction and Management Council head Eduardo del Rosario said that casusalties were reported from the scene, but had not yet been confirmed by his own team.

"Five killed and seven injured, that is the latest report," del Rosario said. "Four tourists and one Filippino tour guide were reportedly killed in the incident."

The Albay province's governor, Joey Salceda, said three German tourists were among the dead. Tourists from Germany, Austria, Indonesia and Thailand were a part of the climb. They had camped in two groups on the mountain and were due to head for the crater of the Mayon volcano on Tuesday.

Salceda said the rescue and recovery mission had already begun.

Mayon's explosion sent a thick column of ash and debris some 500 meters into the air, but authorities said subsequent eruptions or lava flows were not likely.

"There is no magma activity. Essentially what happened today is a normal process of a stream-driven explosion," the region's chief seismologist, Renato Solidum, said on state television. As a result of this, no evacuation of the surrounding area was planned.

Mount Mayon, a picturesque, conical volcano located about 330 kilomteters (200 miles) southeast of the capital Manila, has erupted a total of 48 times since records began.