President Rodrigo Duterte has defended his long standing fight on drugs, and addressed the pandemic amid growing protests. 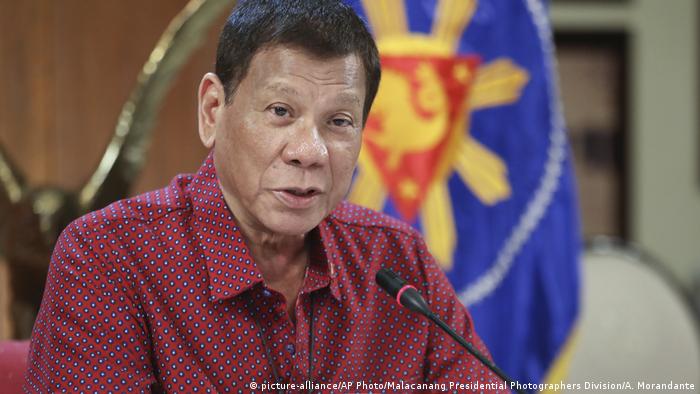 Philippine President Rodrigo Duterte said the country's battle against illegal drugs will continue, in comments made during his state of the nation address on Monday.

Duterte — whose term ends next year — promised to eradicate illegal drugs within six months at the start of his presidency in 2016.

"While we have made strides in ending rebellion and insurgency in various parts of the country, we still have a long way in our fight against the proliferation of drugs," Duterte said.

He was referring to the bloody war on drugs over which he has presided, and which is being investigated by the International Criminal Court (ICC).

More than 6,000 mostly petty criminal suspects have been killed under his drug crackdown. A large number were also gunned down by motorcycle-riding assassins who human rights groups suspect were linked to law enforcement.

"Our unyielding campaign led to the surrender of millions of drug dependents and neutralization, capture, and prosecution of thousands of drug personalities," Duterte said during his address.

Duterte vows to kill anyone who destroys the country

An ICC prosecutor last month said a preliminary examination found reason to believe crimes against humanity had been committed under Duterte's crackdown on drugs and sought permission to open a formal investigation.

Duterte has previously said that he would never cooperate in a possible investigation.

"Why would I defend or face an accusation before white people? You must be crazy," Duterte said.

During the address, Duterte vowed to kill anyone who destroys the country and its youth.

He admitted that he did not know that he would be fighting with his own government on the war on drugs in the country, adding that even police officials were found to have been involved in the illegal trade.

The 76-year-old president said the problem has hounded the country for several decades, destroying families and degrading the moral fiber of society.

He has indicated that he is open to running for vice president. That would give him immunity from any criminal suits that might be brought against him when he steps down.

Around 6,000 people took to the streets in the Philippines on Monday, calling for Duterte to be prosecuted after his term ends next year.

The protesters marched towards the House of Representatives compound, where Duterte addressed Congress.

The demonstrators held banners with anti-Duterte messages such as, "Enough is enough! End Duterte regime now!" and also paraded effigies of Duterte. 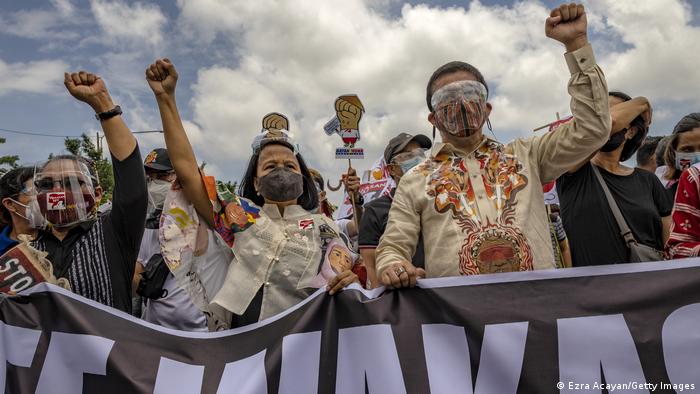 Around 6,000 people took to the streets in the Philippines calling for Duterte to be prosecuted after his term ends

The president also urged people to get vaccinated, warning another lockdown could be needed if the highly contagious delta variant gets out of control.

"The health and safety protocols we put in place have proven effective in slowing down the spread of the virus but the best solution is still vaccination," Duterte said.

The government on Friday sent millions of children back into lockdown and tightened other restrictions as hospitals prepare for a spike in cases.

However, the president admitted that "we cannot afford more lockdowns lest our economy bleed to the point of irreversible damage."

More than 27,000 people have died and over 1.5 million have fallen ill with COVID-19 in the Philippines, a country of 108 million.