Philippine election - A controversial yet popular front-runner | Asia| An in-depth look at news from across the continent | DW | 05.05.2016

Philippine presidential front-runner Rodrigo Duterte has joked about rape, insulted Pope Francis and plans to execute thousands of criminals. Despite his vitriolic rhetoric, he is leading in the polls. 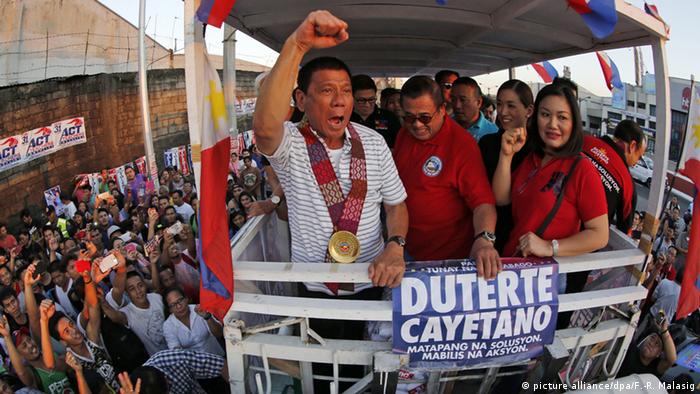 From a distance, Manila's venerable cathedral resembles a fortress. The 450-year-old church dominates the Plaza de Roma in the heart of the capital. For centuries, it has been symbolic of the power of the Catholic Church in the Southeast Asian island nation.

More than 80 percent of Filipinos are Catholic. With the upcoming election, the country's many devout Catholics are paying close attention to the latest plea from Catholic Bishops' Conference of the Philippines. The wording of the bishops' message was frank: "Don't vote for candidates whose positions are not only politically dangerous, but also morally irresponsible." Even without naming anyone, Filipinos know who the bishops are referring to.

Rodrigo Duterte (main picture) is the front-runner in the upcoming presidential election, set to take place on Monday, May 9. He has been a thorn in the flesh of Philippine clerics for a long time. The 71-year-old's public remarks appear to be getting more radical by the day, and his insults, vulgar language and private antics have led to numerous rows and scandals.

Duterte, who comes from the southern island of Mindanao, decided to run for the nation's top political job quite late. Despite entering two months after the official deadline for candidates, he was, nonetheless, permitted to run for president.

Since then, he has been leading in the polls. "Usually, political candidates tend to act more moderately in the course of a campaign. In order to appeal to a broader group of voters they also tend to polarize less," says Siegfried Herzog, Regional Director for Southeast Asia at the Friedrich-Naumann-Stiftung in Bangkok. "However, Duterte has done the exact opposite and has made more and more radical and blatant remarks." 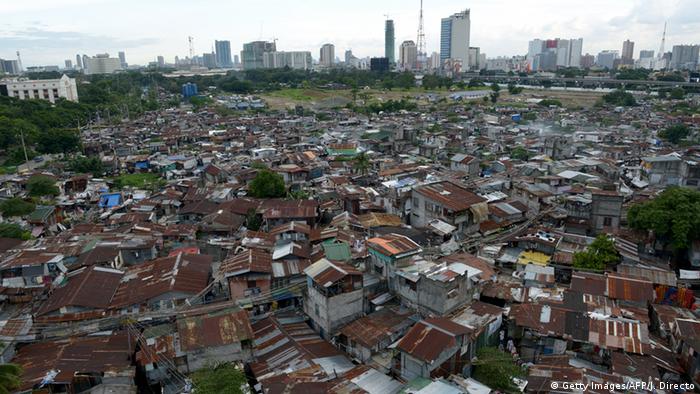 As part of his campaign, Duterte announced a "bloody war" on crime, promising to execute criminals. It is no surprise then that Duterte is not a big supporter of human rights committees or democratic checks and balances. If he is elected president, he announced, he would dissolve parliament and establish a revolutionary government if the MPs did not follow his orders.

The church draws a red line

No candidate has polarized Filipino society as much as Duterte. The head of the Philippine Committee on Human Rights and former Justice Secretary Leila de Lima recently called Duterte "a monster, who has to be stopped by all means."

Duterte likes to boast about his successes with women and his use of Viagra.

At a recent election campaign rally, he recalled the 1989 gang rape and murder of Australian nun Jacqueline Hamill during a prison siege in Davao. Duterte reportedly said: "She was so beautiful. I thought the mayor should have been first."

While his supporters were reportedly amused by this comment, it triggered a wave of criticism both domestically as well as internationally. 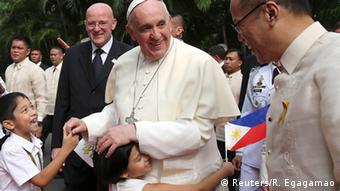 He also called Pope Francis "the son of a whore," after the pontiff's visit to Manila resulted in traffic jams. With this remark, however, Duterte crossed a red line; ever since, the church has mobilized voters to oppose him.

According to the country's constitution, there is only one round in the presidential election. Whoever therefore gets the most votes, wins. With recent polls suggesting Duterte could garner around 30 percent of votes, he just might have a chance at becoming the island nation's next president.

It is still unclear whether the Catholic Church will be able to influence the outcome of the vote. "People are very frustrated about the country's political establishment," analyst Herzog noted. The country faces a plethora of problems such as growing social inequality, high crime rates, a weak legal system and a lack of public trust in government.

Although the Philippines has one of the faster growing economies in the region, a significant chunk of the population is being left behind. "The country also has a very complicated political system," Herzog told DW. "The system encourages corruption, important decisions tend to be blocked or delayed, and many Filipinos are fed up with the slow pace of development. They are waiting for someone at the top to take decisive action."

Repercussions for the region and abroad

Duterte likes to cause trouble even on the foreign policy front. He has shocked long-time allies like the US and Australia with his nationalist agenda. Duerte reacts extremely thin-skinned to criticism emanating from the West.

Duterte also said he was open to bilateral discussions with China to resolve their territorial disputes in the South China Sea. Manila has challenged Beijing's claims over the contested islands in the region at the Permanent Court of Arbitration in the Hague. 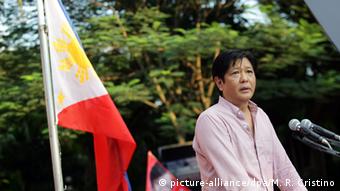 On May 9, the voters will also decide who will be the next vice-president. One of the candidates is Bongbong Marcos, the son of former dictator Ferdinand Marcos. "If both Duterte and Marcos win, the Philippines could experience difficult times," Siegfried Herzog fears.

Like Duterte, Bongbong Marcos likes to act as a man of force with a nationalist agenda who will fight corruption and crime. "Bongbong Marcos also has the instincts of an authoritarian leader, and during the campaign it became clear that the two get along quite well."

Duterte has already stated that after the election he would lay Ferdinand Marcos to rest at the country's Heroes' Cemetery in Metro Manila. "If you consider their defiance of the constitution, an election victory for both Duterte and Marcos would be quite troubling," Herzog underlined. But so far, Marcos is only second in the polls, right after liberal candidate Leni Robredo.

Philippine presidential candidate gets round to apologizing for rape 'joke'

Philippine presidential candidate Rodrigo Duterte has apologized for joking about the rape and murder of an Australian missionary. The politician is making ground on a sometimes-profane "straight-talking" platform. (19.04.2016)

US strengthens ties with Philippines amid tensions with China

The US presence in the contested South China Sea and the recent drills with the Philippines are expected to increase tensions between China and its neighbors. DW examines. (15.04.2016)

As presidential candidates in the Philippines kick off their electoral campaigns, DW takes a look at the top contenders, and the issues likely to decide who will lead the Southeast Asian nation over the coming six years. (09.02.2016)