Petition launched against partition-removing changes at Opera Garnier in Paris

Journalists from the leading French opera website have launched a petition against transformations at the Palais Garnier in Paris. The French Academy of Fine Arts supports their demand. 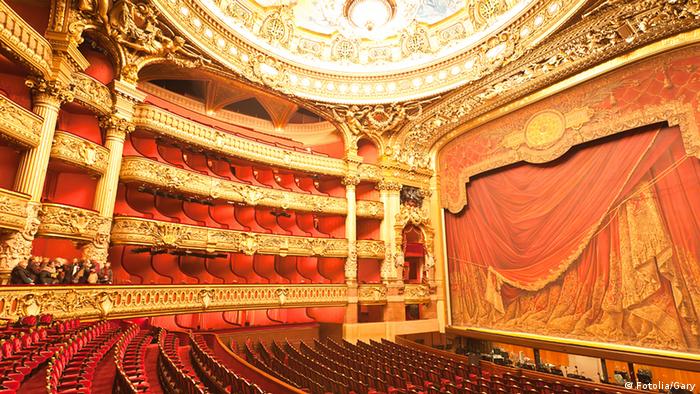 For Parisians and tourists alike, the Palais Garnier is more than an opera house. It is a symbol of Paris and its architectural treasures, like Notre Dame cathedral and the Louvre Museum. Its magical atmosphere stirred the imagination of writers such as Gaston Leroux, whose novel "The Phantom of the Opera" inspired the popular musical.

Each year, about 300,000 people go to Palais Garnier to see an opera - and 700,000 tourists visit the iconic building that was opened in 1875. The opulent opera house was named after its architect Charles Garnier, who conceived the hall around specific visual effects related to the circulation of light.

French journalists and opera lovers now fear that Garnier's masterpiece is being "disfigured" by changes planned by the Paris Opera. Sylvain Fort, the publication director of "Forum Opera," France's leading website about opera, criticized the management's plans to remove partitions between boxes in order to provide more seats.

"To create an atmosphere of intimacy in such a large hall, Garnier decided to 'fragment' the light by creating lodges with partitions. Thus, he obtained a specific 'rhythm' by mixing light and shadow," Sylvain Fort told DW. The removal of these partitions "completely betrays the philosophy of Charles Garnier, according to several architecture specialists." 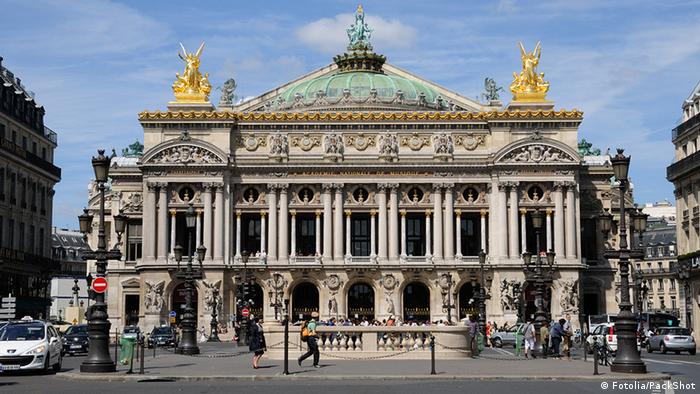 The Palais Garnier is one of the landmarks of Paris

In Fort's opinion, it is very regrettable that the works have already begun: "The light effects have completely lost their mystery and the very special atmosphere created by Garnier has vanished," he said.

Fort, other journalists from "Forum Opera" and opera lovers have created the "Comite Garnier", which launched a petition against these transformations at the Palais Garnier.

UK arts writer Norman Lebrecht wrote: "Operagoers are outraged at the removal of a number of partitions at the old Paris Opera in order to cram in more seats in the central balcony."

"A petition has gone up to stop the vandalism," Lebrecht commented.

The petition "Non a la defiguration du Palais Garnier" ("No to the disfigurement of Palais Garnier"), has been addressed to Stephane Lissner, the director of the Paris Opera. The petition has already been signed by more than 3,000 people.

Academy of Fine Arts: 'Project should be abandoned'

The "Comite Garnier" has also received support from the Academy of Fine Arts (Academie des Beaux-Arts) in Paris. "Removing the partitions that separate the lodges means destroying the balance and the architectural harmony" of the hall, the cultural body stated, as quoted by France TV Info. The Academy of Fine Arts called on the opera's management to "abandon this project immediately."

France TV Info's website quoted the Paris Opera's management as saying that the modifications were not definitive and the partitions were "movable," in order to create space for 30 additional seats.

"As soon as a show ends, the partition comes back into place. The aspect of the hall will not be any different before and after a performance," the Paris Opera's management said to France TV Info.

DW has also sent a request for a comment on the petition to the Paris Opera.

The Comite Garnier fears the possibility "that the management will not resist the desire of commercializing these new seats on a permanent basis and that the partitions will end up in the depot," the petition states.