A recent report confirms the stereotype of Germany as a nation of pessimists. Increasingly, citizens are discontent with their living standards, and their form of government as well. 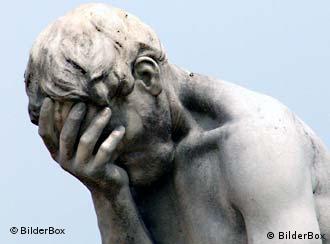 Germany: a country where the glass is increasingly half-empty

According to a new report put out by the German Statistics Office, Germans have the most pessimistic view of the future among all Europeans.

The latest census shows that Germans -- especially young people and eastern Germans -- believe living conditions are much worst than they actually are.

The Date Report is released every two years and is a joint study conducted by various research and statistical agencies.

Jürgen Kocka, head of the Social Science Research Center in Berlin, said there is a discrepancy between Germans' subjective view of living conditions and the actual conditions themselves, because Germans tend to set their standards higher than other Europeans. His analysis was reported on the economics internet site Wirtschaftswoche.de. 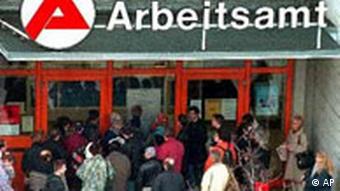 The report shows that only 29 percent of Germans feel that their income allows them to live comfortably, Wirtschaftswoche reported. In Denmark, that number is 64 percent; in Sweden, it is 54 percent and in Ireland, it is 50 percent.

And more and more, the report concludes, Germans are disappointed with democracy within the country. This is especially true for those living in eastern Germany.

Last year, only 38 percent of eastern Germans thought democracy was a good form of government, the study said. In 2000, it was 49 percent.

That percentage for Germans in the western part of the country was higher, with 80 percent in 2000 and 71 percent in 2005 believing it was a positive form of government.

The study found three-quarters of eastern Germans find socialism to be a good idea, but acknowledge it was poorly executed in the past. Only 46 percent of western Germans hold this view.

The traditional nuclear family is continuing its decline in Germany as well, the study showed. More and more young people are growing up in homes with only one parent, or with parents who are not married. In 2005, nearly one-fourth of young people between the ages of 14 and 17 were living in "alternative"-style households.

The Data Report was compiled by German Stastistics Office, the Social Science Research Center (WZB) in Berlin, the Federal Agency for Civic Education in Bonn and the Center for Survey Research and Methodology (ZUMA) in Mannheim. The study combines statistical data and social research.

As German companies fight to survive, many of them are slashing jobs to cut costs. Those who survive the axe might be lucky, but experts say while they've kept their jobs, their motivation and productivity often suffer. (Mar. 2, 2005)

Berliners Get The Blues

A new report shows that not only is depression on the rise in Germany, but Berliners are the most miserable of all. Is it something in the water, or are they simply more open about their feelings? (Apr. 14, 2005)

In view of the newly released unemployment figures, which showed a 0.2 percent drop in the adjusted jobless rate, the German government is optimistic about 2006. Economic pundits, however, would beg to differ. (Jan. 3, 2006)