Peru: Hope for the victims of forced sterilizations

Hundreds of thousands of indigenous women in Peru were the victims of forced sterilizations in the 1990s. Victims, their families and activists have been fighting for redress ever since. Now there seems to be progress. 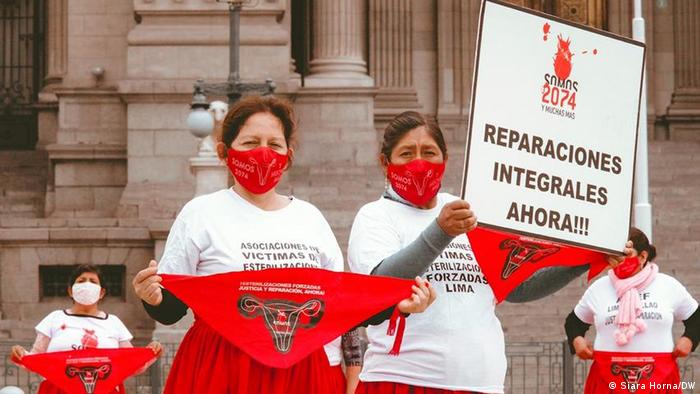 According to estimates, more than 300,000 women and around 22,000 men received forced sterilizations in Peru between 1996 and 2000. In most cases, the operation was done without anesthesia or post-operative care.

The massive initiative, carried out over a period of four years by the government of then-President Alberto Fujimori, was known as the National Program for Reproductive Health and Family Planning and had poverty reduction as its alleged goal.

The International Criminal Court has condemned the measures, calling them crimes against humanity, but Peru's justice system continues to drag its feet on investigating the matter and prosecuting those responsible.

It's taken 20 years for the Peruvian government to accept that fact that the victims have a right to be compensated. There are now plans for reparations that are part of a broader deal aimed at addressing the severe and massive human rights violations that took place in Peru during the country's internal armed conflict between 1980 and 2000, which pitted government troops against rebel forces belonging to the Shining Path and the Tupac Amaru Revolutionary Movement.

The forced sterilization program focused on women of childbearing age, most of whom were either from poor rural villages in the Andean highlands or members of underprivileged indigenous populations. Some of them had never had children before.

Mamerita Mestanza Chavez, a 33-year-old woman, was one such case. From 1996 to 1998, she faced intimidatory pressure to have an operation . She received no medical help either before or after the operation, suffered serious injuries and later died as a result. Several human rights groups filed a petition over her case with Inter-American Commission on Human Rights in 1999.

However, Peruvian state prosecutors stopped investigations several times, leading to protests by human rights organizations and the Peruvian people. Her case has now at last been taken up again, but so far no one has been charged with wrongdoing.

The fight against such impunity conducted by various womens' and human rights organizations has been going on for more than a decade. Survivors of the systematic forced sterilizations and victims' loved ones continue to call for justice and reparations.

The new rules set out by the Peruvian state recognize sexual violence in all of its forms, including forced sterilizations without a person's consent, said Maria Ysabel Cedano, a Peruvian lawyer and director of the DEMUS women's rights organization. She called the move by the government an important step forward in recognizing the rights of victims but has been critical of what she sees as "climb-downs and setbacks." 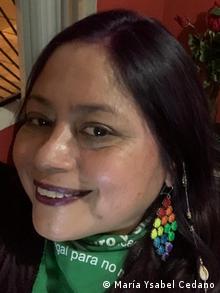 Rocio Silva Santisteban, a member of Congress representing the left-leaning Frente Amplio (Broad Front), criticized the fact that the party of ex-President Alberto Fujimori, which had the majority in Congress for the last 15 years, fails to this day to recognize that there was ever an internal conflict in Peru.

The former president, who served between 1990 and 2000, is currently serving a long-term prison term for corruption and human rights violations. He is now also to be brought up on charges surrounding his role in the country's forced sterilizations program. A hearing on the matter is scheduled to begin March 1 in which prosecutors will make cases against Fujimori and former top officials in the health care sector.

"This is a giant case and the first of its kind in Peru," Silva Santisteban said, "Almost 1,700 people have sued the Peruvian government." It will be a major trial that is meant to finally bring justice for Mamerita Mestanza and many others. 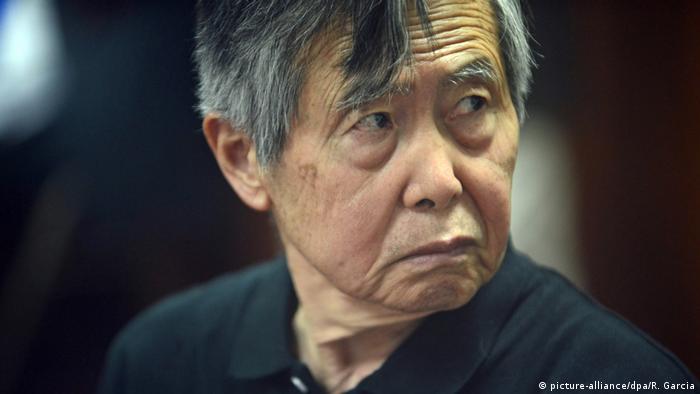 As far as Maria Ysabel Cedano is concerned, reparations for the victims would mean that the state is finally taking responsibility for what it did. She said it had ruled over women's bodies using the cynical argument that it was fighting poverty. "Everything was organized so that medical facilities had to fulfill certain their sterilization quotas," she said. Those who didn't weren't paid. "And that's why they searched for women who fitted the bill."

She related that some young women were even given sleeping pills while visiting their gynecologists and sterilized while they were asleep without their knowledge or consent.

The legal scrutiny of this brutal procedure is opening a new chapter in the fight against impunity. But whether and when reparations will actually be paid to the victims and their families is anyone's guess.

A system that protects perpetrators: violence against women in Peru