Skeletal remains, belonging to a person buried sometime between 800 and 1200 AD, have been found by an excavation team near Peru's capital. 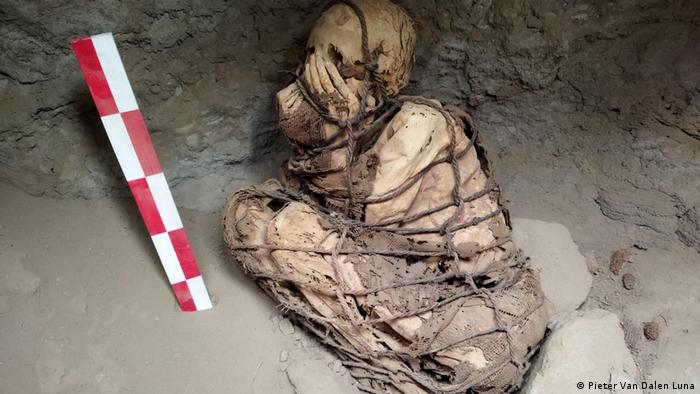 The mummified remains were found bound with rope

A team of archeologists in Peru have unearthed a mummy estimated to be between 800 and 1,200 years old at a site near the capital city of Lima. The remains were found bound with rope, with the person’s hands covering the face.

While the gender was not identified, the remains are thought to be of a man between the age of 18 and 22. Two archaeologists at the National University of San Marcos — Yomira Silvia Huaman Santillan and Pieter Van Dalen Luna — led the search.

"The main characteristic of the mummy is that the whole body was tied up by ropes and with the hands covering the face, which would be part of the local funeral pattern," said Van Dalen Luna, adding that the remains belong to a person who lived in the high Andean region of the country.

"Radiocarbon dating will give a more precise chronology."

The mummy was in a three-meter long burial chamber at the depth of about 1.4 meters at a dig site in Cajamarquilla, east of Lima. 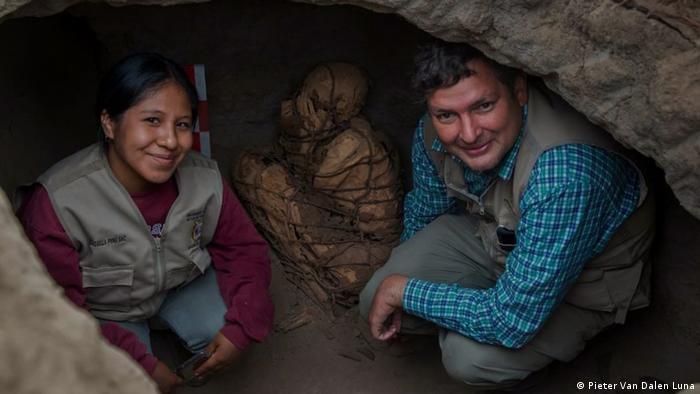 Experts also found skeletons of an Andean guinea pig and what appears to be a dog next to the mummy. Offerings like ceramics, stone tools and vegetable remains were also found in the tomb.

According to experts, the remains belonged to a culture that developed between Peru’s coast and mountains. They said Cajamarquilla was an urban center built around 200 BC, which could have housed 10,000-20,000 people. It was occupied until nearly 1500.

Peru is home to multiple archaeological sites from several cultures that developed before and after the Inca Empire, which dominated parts of South America about 500 years ago.