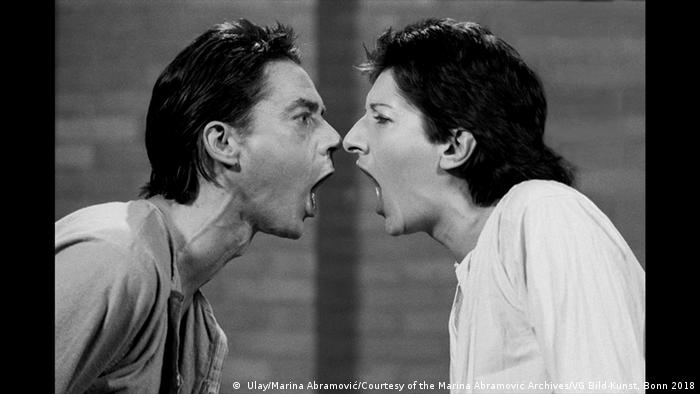 German conceptual artist Ulay has died in Slovenia at the age of 76, from lymphatic cancer. He became famous through his collaborative performance art with his longtime companion, extreme performance artist Marina Abramovic.

Born Frank Uwe Laysiepen in Solingen, Germany, on November 30, 1943, he moved to Amsterdam in the early 1970s, where he first gained recognition through a series of Polaroid collages. His 1974 autobiographic work, titled Renais sense, was a comment on constructed gender. His depictions of himself a transvestite and of self-mutilation caused controversy at the time.

His encounter with Abramovic in 1976 heralded a new era in his work. They fell in love at first sight and worked as a creative team from then on.

It started off with a noteworthy performance at the Venice Biennale, in 1976, with both artists colliding against each other with their naked bodies — for 58 minutes. 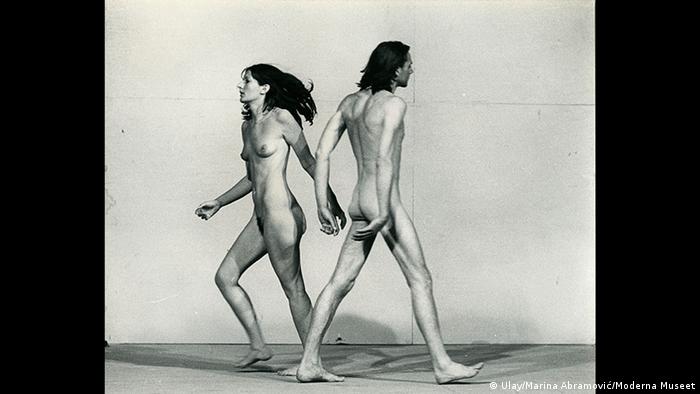 A 58-minute performance: 'Relation in Space'

Their cooperation also included the 1977 work Imponderabilia, performed at the Galleria Comunale d'Arte Moderna in the Italian city of Bologna, where Abramovic and Ulay stood at the entrance to the museum naked, forcing visitors to squeeze past to enter.

In another work from that same year, Light/Dark, they slapped each other with increasing intensity. In the daring piece Rest Energy (1980), Ulay drew a bow and arrow at Abramovic's heart for four minutes. A wrong movement could have killed her. 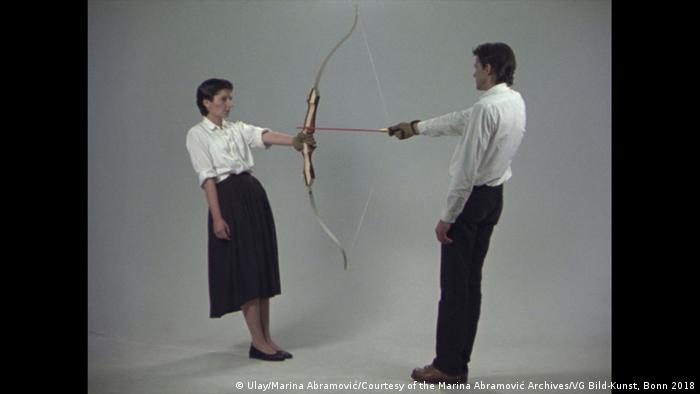 The two artists lived and worked together for 12 years. It can be assumed that they spent half of that time on an artistic flight of fancy. Totally free, they lived in a small Citroen bus for four years, traveling to various locations where they were invited to give performances.

Even their separation in 1988 was sealed with a performance. In a piece called The Lovers, they walked towards each other along the Great Wall of China, starting at opposite ends and meeting in the middle, after covering some 4,000 kilometers, to say goodbye. The work was originally planned as a romantic manifesto, but they ended up doing the three-month walk to end their relationship. They then separated, both as a couple, and as a team.

They had not spoken in years when Ulay showed up without warning at Abramovic's 2010 performance at the MoMA, The Artist is Present, in which participants locked eyes with the star artist. They both cried.

Abramovic reacted to the news of the death of her longtime partner on Instagram: "It is with great sadness I learned about my friend and former partner Ulay's death today. He was an exceptional artist and human being, who will be deeply missed. On this day, it is comforting to know that his art and legacy will live on forever."

The art of cult performer Marina Abramović, one the world's most important contemporary artists, can be now experienced in Stockholm. DW's Julia Hitz engaged with her latest work, "The Cleaner" - for a whole eight hours. (01.03.2017)

Radical and controversial artist Marina Abramovic is a cult figure in the art world. The retrospective "The Cleaner," on show at Bonn's Bundeskunsthalle museum, showcases works from all periods of her career. (20.04.2018)

Artist Marina Abramovic attacked with portrait of herself at retrospective

Radical performance artist Marina Abramovic was attacked at a retrospective of her work in Florence on Sunday when a portrait of the artist was smashed over her head. A Czech national was arrested after the incident. (24.09.2018)