Pensioners sentenced in kidnapping case | Germany| News and in-depth reporting from Berlin and beyond | DW | 23.03.2010

A German court has sentenced four pensioners for kidnapping their financial advisor and holding him hostage last year. 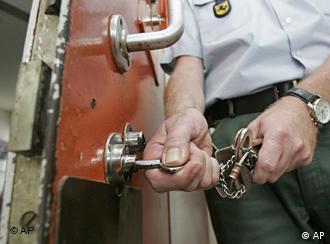 The group's leader was given six years in prison

A German court in the southern town of Traunstein on Tuesday sentenced four pensioners between the ages of 61 and 80 for kidnapping their 57-year-old financial advisor James Amburn, and holding him hostage last June.

Amburn was captured and beaten by the group after they lost about 2.5 million euros ($3.4 million) in investments in the US property market.

The ringleader of the operation, 74-year-old Roland K., received six years in prison for kidnapping and grievous bodily harm. His 80-year-old wife received a suspended sentence of 18 months. 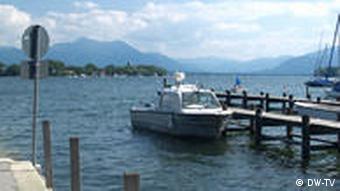 Amburn was held captive near the Chiemsee lake in southern Germany

A co-conspirator in the case, 61-year-old Wilhelm D., was sentenced to four years in prison, while a 64-year-old woman known as Iris was given a suspended sentence of 21 months. Her husband Gerhard, who also took part in the group's kidnapping, was considered too ill to be judged.

Prosecutors said the group of pensioners bound and gagged Amburn, then drove him to Roland K's luxury home near the southern Chiemsee lake. The group locked Amburn up in the basement and forced him to sign papers promising the repayment of money they lost in the investments.

"I was in a state of panic," said Amburn. He suffered two broken ribs and a shoulder injury while trying to escape.

Amburn managed to fax an encoded cry for help to a Swiss colleague after being held captive for four days. The colleague then notified authorities, and a team of police commandos stormed the home and freed the hostage. The pensioners gave themselves up without resistance.

The presiding judge called the case a "spectacular attempt at vigilante-justice."

Police are now separately investigating whether Amburn himself committed fraud with the pensioner's investments.