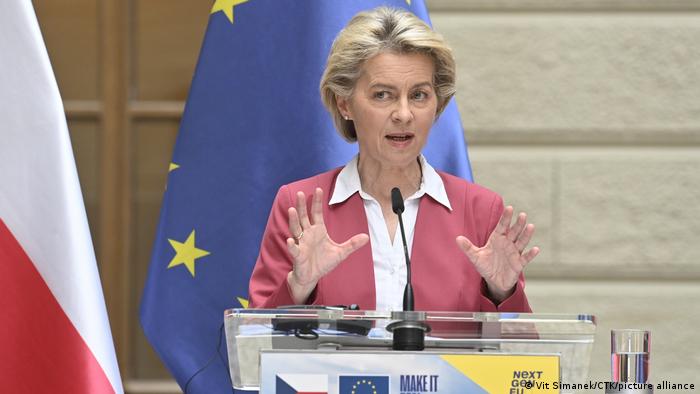 Von der Leyen said that, if verified, the details in the reports were 'completely unacceptable'

"What we could read so far, and this has to be verified, but if it is the case, it is completely unacceptable. Against any kind of rules we have in the European Union," von der Leyen said during a visit to Prague.

"Freedom of media, free press is one of the core values of the EU. It is completely unacceptable if this [hacking] were to be the case," she added.

The remarks pertained to an investigation by 17 media organizations alleging that a spyware malware program called Pegasus, belonging to Israeli company NSO, was used in attempted and successful hacks of journalists, government officials and human rights activists.

NSO, which was founded in 2010 and is based in the Israeli hi-tech hub of Herzliya, near Tel Aviv, has vehemently denied the accusations.

"We would like to emphasize that NSO sells its technologies solely to law enforcement and intelligence agencies of vetted governments for the sole purpose of saving lives through preventing crime and terror acts," the company said.

Pegasus is a tool that can be used to spy on people through their smartphones.

It is not the first time that Pegasus has been linked to spying with questionable law enforcement relevance. In 2016, researchers said the program had been used to spy on a dissident in the United Arab Emirates. Instant messaging platform Whatsapp sued NSO in 2019, saying Pegasus was being used to exploit back doors and monitor users without their knowledge.

'An assault on media freedom'

The report was part of a global investigation that included high profile media outlets like The Washington Post, The Guardian, Le Monde and Germany's Süddeutsche Zeitung.

They said that more than 50,000 numbers were found to have been selected by NSO customers as potential spying targets, with over 180 journalists from various countries on the list.

Siddharth Varadarajan, founding editor of Indian news portal The Wire, was among the journalists allegedly targeted. He told DW that the breach was "an assault on media freedom."

NSO clients include governments from all over the world, but in the latest report, many of the numbers hailed from a cluster of 10 countries: Azerbaijan, Bahrain, Hungary, India, Kazakhstan, Mexico, Morocco, Rwanda, Saudi Arabia and the United Arab Emirates.

Amnesty International also reported that Pegasus was used on Saudi journalist Jamal Khashoggi's fiancée, Hatice Cengiz, and that the malware infected Cengiz's phone just four days before he was killed in the Saudi Consulate in Istanbul in 2018.