The German singer, jazz pianist and band leader Paul Kuhn has died. He was 85. 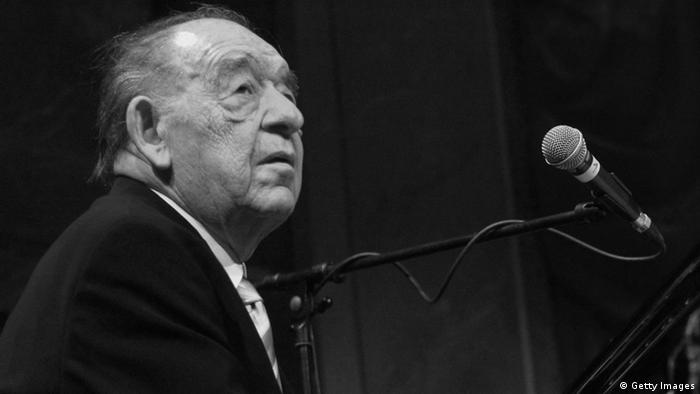 The German daily Bild reported Monday that Kuhn died overnight. According to the newspaper, he had canceled several concerts earlier this year, and by the beginning of September his health had worsened and he had been placed in a care facility.

Fans of German jazz would know Kuhn, "the man at the piano," for such hits as "Es gibt kein Bier auf Hawaii" ("There's No Beer on Hawaii"), his television series "Paul's Party" and the 1960 TV special "Hallo Paulchen" ("Hello Little Paul"). He played all over the country and abroad at such venues as the London Royal Festival Hall and the late-spring Wiener Festwochen series in Vienna.

Born in Wiesbaden, Kuhn helped to popularize swing in postwar Germany, starting by playing US Army clubs after the end of World War II and then getting a fixed gig with the military broadcaster Armed Forces Network. In the early 1950s, Kuhn was a member of the German All Stars, which would go on to boast such greats as Max Greger and James Last. He later served as the big band leader for the former Radio Free Berlin and released numerous recordings.

He turned 85 in March and had been scheduled to perform a birthday gala at a jazz festival in the North Rhine-Westphalia city of Leverkusen in November.

Burkina Faso's military leader accused some army units of creating a "confused situation," after heavy gunfire was heard in the capital, Ouagadougou. A military coup in January left the West African nation in turmoil.

President Vladimir Putin has officially announced the illegal annexation of the four Ukrainian regions, more than 7 months since the invasion was launched.