A fourth body has been found in the rubble after an explosion caused by a suspected gas leak in central Paris. Dozens of people have been placed in temporary accommodation after they were evacuated from nearby buildings. 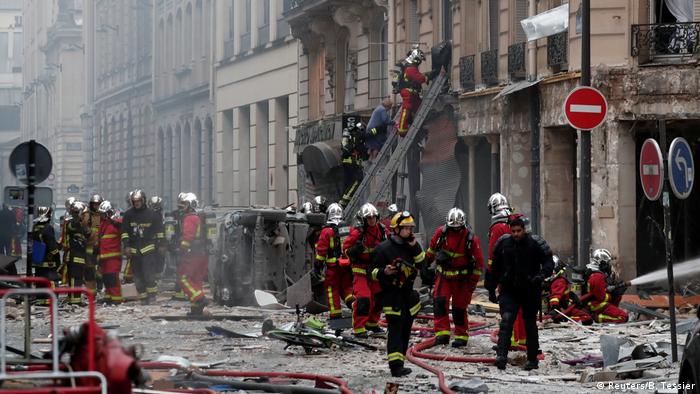 French rescue workers uncovered the body of a fourth victim in a gas explosion at a bakery in central Paris, investigators said Sunday.

Authorities had said earlier that they were looking for a missing woman.

Two firefighters and a Spanish tourist were also killed in the massive blast, which happened around 9 a.m. local time (0800 UTC) at a bakery on Rue de Trevise in the 9th arrondissement on Saturday.

Dozens of people were injured in the explosion and authorities said 10 remained in critical condition.

The fire, which authorities believe was caused by a gas leak, gutted part of the building and badly damaged nearby apartments.

Paris fire department spokesman Eric Moulin told reporters about 30 firefighters were at the site on Sunday to search for other potential victims.

Authorities said 12 surrounding buildings that were damaged by the blast have been evacuated, with hundreds of people unable to return to their homes.

Temporary accommodation has been provided for about 40 residents, while dozens of others have been taken in by family and friends.