Non-EU citizens have a possibility to stay in the bloc if their children are EU nationals, the EU's top court has ruled. However, parents would first need to prove that the child's welfare depends on them. 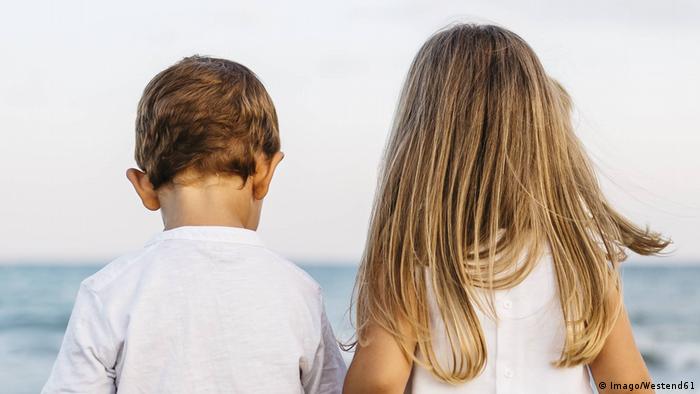 'Pulse of Europe': What are the demonstrations achieving?

The 'Pulse of Europe' movement has mobilized thousands of citizens across the continent. But is it enough to wave EU flags? Critics say the movement lacks concrete goals. (07.05.2017)

The European Court of Justice has granted Germany the right to refuse a visa to an Iranian national on the grounds of security concerns. Sahar Fahimian had applied to pursue her doctorate in IT security in Darmstadt. (04.04.2017)

National courts must focus on the wellbeing of children when deciding on their parents' residency, the European Court of Justice said in a Wednesday ruling.

The decision-makers should consider the "risks which separation from the (non-EU parent) might entail for that child's equilibrium," the judges of the Luxembourg-based court added.

Even if the other parent of the child has a EU citizenship, and is willing and able to take care of the child, this is "not in itself a sufficient ground" to deny residency to the non-EU parent.

Under the ruling, it is up to the non-EU parent to prove that the child depends on them.

The court decided on a case referred by the Netherlands. The dispute revolves around a Venezuelan woman who came into the country as a visitor and later had a child with a Dutch man. The couple then moved to Germany and eventually broke up in 2011.

Thereafter, the woman claims, she became the sole provider for the child. However, Dutch authorities denied her application for welfare and child benefits because she did not have right of residence in the Netherlands.

Several other foreign women in the country also challenged this practice in court.

If the non-EU parents were forced to leave, they might take the children, which "could deprive their children of the genuine enjoyment of the substance of those (EU) rights," the court said.

The ruling might influence the upcoming negotiations on the rights of about 900,000 UK citizens living in other EU countries. Many of them have applied for other citizenships as an attempt to preempt legal trouble after the UK officially leaves the union.