More than 1,000 people have died in unusually high temperatures, mostly in Karachi. The heatwave coincides with the holy month of Ramadan, with the effects of fasting exacerbating the situation. 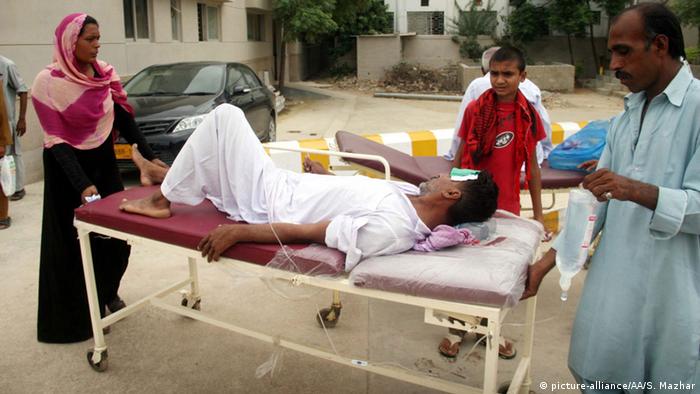 "The death toll is more than 1,000 and it may reach up to 1,500," Anwar Kazmi, a spokesman for the Edhi Foundation, told AFP. He added that an influx of dead bodies means body bags have stacked up on the floor of the morgues with authorities unable to supply adequate refrigeration.

Hospitals in Pakistan's second city Karachi have treated nearly 80,000 people for the effects of heatstroke and dehydration, according to medical officials. It is the worst heatwave in Karachi in 35 years. 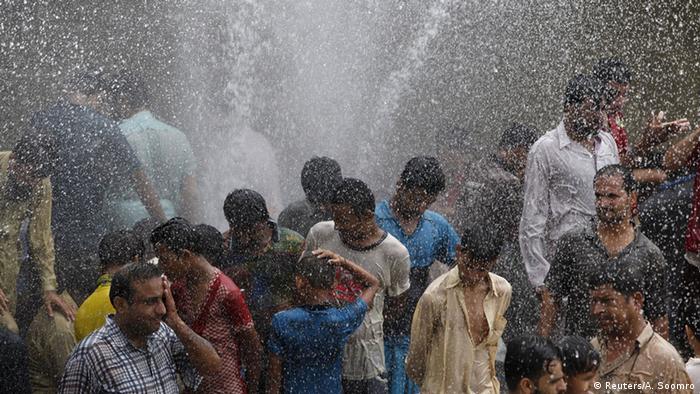 Trying to keep cool in Karachi

Karachi has been particularly hard hit, with people sweltering in temperatures in the mid-40s Celsius (around 110 degrees Fahrenheit). While these temperatures are not unusual in other parts of the country, Karachi is usually a little cooler because of its coastal location.

This year's heat wave has coincided with the start of Ramadan, where many Muslims observe a strict fasting regime that does not allow any food or drink from sunrise to sunset.

Under Pakistani law, it is illegal for Muslims to eat or drink in public during daylight hours in Ramadan.

The majority of the deaths in Karachi have been among the elderly, the poor and manual laborers who have to work outdoors. Clerics have urged those at risk of heatstroke not to fast.

The situation has been exacerbated by frequent power cuts, which have stopped fans and air conditioners from working and interrupted Karachi's water supply.

Last month, a heatwave in neighboring India claimed the lives of more than 2,000 people.

Pakistan has been reeling under a sweltering heat wave in recent days, resulting in hundreds of deaths. The country's dire electricity situation has aggravated the people's misery, as economist Rajiv Biswas tells DW. (24.06.2015)

The death toll from a heat wave in southern Pakistan has risen to more than 450 over the past three days, and hospitals are overflowing. Power outages have exacerbated the problem, shutting down water supplies. (23.06.2015)