Overview: Funding your education in Germany

Getting admitted is only half the battle - students also have to consider how to finance their education. But with possibilities that range from loans to diverse scholarships, there is no shortage of options. 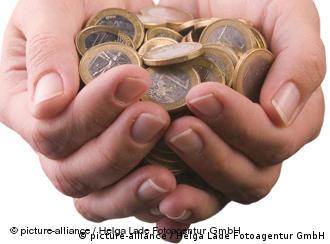 Many institutions in Germany offer financial support to students, but the key for scholarship-seekers is to stand out. That's possible not just through intelligence or grades alone - personality and social engagement are also considered. The organizations that sponsor scholarships are just as varied as the types of students they seek.

There are also a number of programs that target international students at the undergraduate and graduate levels. Collecting information and applying early is important, given the high number of applicants. In recent years, just three percent of German students received scholarships, so students must also keep an eye out for other ways to finance their education.

The introduction of tuition fees in some German states has made finances for many students tight. The course loads expected of Bachelor and Master students also make it a challenge to work part-time while studying. 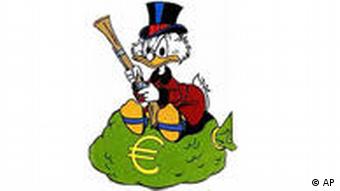 That's why more and more politicians and economists are calling for students "not to fear debt." Many German banks now offer loans at generous rates for students, since statistics show that university graduates generally don't remain unemployed for long and are able to pay back their debts quickly.

Nonetheless, those interested in loans should pay close attention to the fine print - interest rates among various banks differ significantly.

The government also provides loans to students, but they're contingent upon the income level of the students' parents. The law, known by the abbreviation "BAfoeG," allows students to borrow up to 650 euros per month. Half of the money received consists of an interest-free loan, while the other half is a grant that does not have to be repaid.

All German students are eligible to apply for BAfoeG, while international students must meet one of several criteria relating to how long and why they have lived in Germany. Those who are unsure about whether they qualify can get more information from the student union at their universities.

Most scholarships offered in Germany are calculated to cover students' living costs. But those who wish to work alongside their studies must report this to the scholarship provider. The amount they earn is generally subtracted from the money they receive. 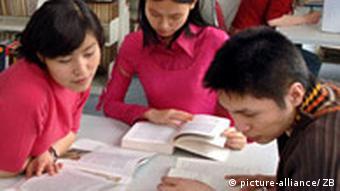 Germany's political parties have recognized that today's students are the decision-makers of tomorrow. As such, financial support for international students and doctoral candidates is also in the interest of German politicians. Those who study in the country get to know German companies and institutions better.

Especially gifted students can receive support from political foundations, but they look for those who have demonstrated social engagement in the past and who may be likely to use the knowledge they gain in Germany at home.

Students facing tough financial circumstances can seek help from student unions or sometimes even from religious associations affiliated with universities that offer support to students.