More than 100 governments have agreed on a draft convention to ban cluster bombs, which have killed and maimed tens of thousands of civilians. But the treaty provides a loophole for resistant countries like the US. 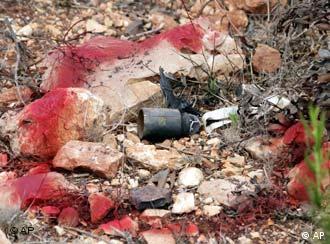 Cluster bombs are notorious for resulting in civilian deaths

The agreement, reached during the night of Wednesday, May 28, outlaws the use, production, transfer and stockpiling of cluster bombs. It also entails a commitment to remove cluster bombs from national arsenals within eight years and to provide for the welfare of the victims of cluster bombs.

The anti-cluster-bomb convention was the result of nearly two weeks of diplomatic wrangling in the Irish capital, Dublin. Under pressure from NATO countries, the text includes a concession to the US and other countries which want to continue to use and produce such munitions by allowing military cooperation between signatories and non-signatories.

The 111 states are expected to approve the draft text on Friday, the final day of the conference. It will be signed in December in Oslo.

The main producers and users of cluster bombs -- the United States, Israel, China, Russia, India and Pakistan -- did not attend the conference and said they would not support the convention. Thus, it is unclear what effect it will have once it comes into power.

The most recent reported use of cluster bombs was during the July-August 2006 Israeli incursion into Lebanon. Israel was heavily criticized for dropping such munitions in civilian areas. 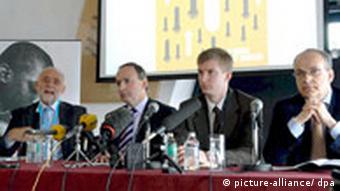 The Dublin conference appears to have achieved its aim

Cluster bombs drop hundreds of tennis-ball-sized smaller explosives, known as "bomblets," which then scatter and detonate across the battlefield. Many bomblets fail to explode for years, posing a threat to civilians, especially children who often mistake them for toys.

The death toll ranges into the tens of thousands of civilians killed, blinded or otherwise maimed by the weapons. According to UN estimates, they continue to present a lethal threat in more than 30 countries.

Britain had helped move the talks forward with London's pledge to demobilize cluster bombs against the will of its military leadership.

The breakthrough was possible, diplomats said, after participants agreed to accept one of the United States' main demands, pushed through with backing from NATO countries, including Germany.

The special rule will allow nations which sign the anti-cluster-bomb convention to participate in common military missions with the US and other countries that continue to use the bombs.

But the concession may not be sufficient to allow NATO countries to live up to their obligations. German Defense Minister Franz-Josef Jung told parliamentarians there would not be enough alternative munitions until 2015, the daily Berliner Zeitung reported.

Despite the compromise, the draft convention was greeted by the Cluster Munition Coalition as a very strong step. CMC includes 200 civil society and professional organizations working for the cluster bomb ban. 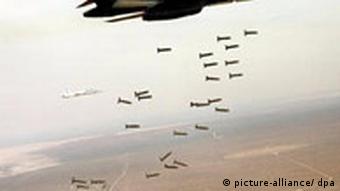 Without the backing of the main producers, the ban may not amount to much

Human Rights Watch, quoting expert analysts, said the treaty would require the US to remove its stockpiles of cluster bombs at several military bases around the world.

The United States last week defended further use of cluster bombs, saying they remained tactically useful for fending off advancing armies and were being redesigned with electronic timers to ensure the bomblets either exploded as intended or self-destructed.

"We think this kind of blanket ban is a mistake," said Stephen Mull, the US State Department's top official for political and military affairs.

The United States last used the weapons during the 2003 invasion of Iraq but hasn't employed them since then, Mull said, because cluster bombs have few applications against insurgencies. Cluster bombs can be militarily effective against massed troop formations.

An international conference to draw up a comprehensive treaty on banning cluster bombs, was set to begin Monday, May 19, in Dublin, with representatives of over 100 governments expected to attend. (19.05.2008)

The EU's foreign policy chief expressed concern after Russia decided to intensify its links to two separatist regions in Georgia. NATO's secretary general called on Moscow to reverse the measures. (16.04.2008)

Germany and US Smooth Over NATO Differences