Lothar Matthäus, perhaps the greatest German player of his generation, is available, having just suffered the indignity of being fired as coach of the Bulgarian national team. So why won't any German team touch him? 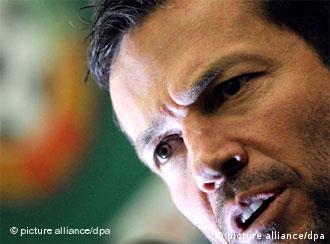 Matthäus says he won't bend over backwards for the Bundesliga

"I'm actually a very simple person. A very normal man," Lothar Matthäus said in a disarmingly emotional interview for the Welt am Sonntag newspaper last year. Given during yet another relationship crisis, the interview revealed the vulnerable side to the legend that used to command the Germany and Bayern midfields with Beckenbauer-esque authority. "I'm a cuddler, I like harmony," added the 1991 world footballer of the year. "Candles, do a little cooking, watch a nice film."

The interview was carried out in the hot summer of 2010, a tumultuous and depressing year for the man who won seven German league titles with Bayern Munich, an Italian Scudetto with Inter Milan, a hatful of German Cups, and, oh yes, was the last German captain to raise the World Cup, in 1990.

Matthäus’ cuckolding by his 22-year-old wife Liliana, and the subsequent end of his fourth marriage, was the talk of the tabloids. To some extent, he sought out the attention. 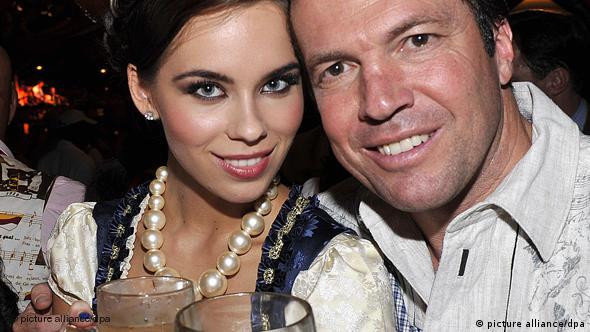 Liliana got to see Loddar's vulnerable side

He demonstratively removed his wedding ring in front of TV cameras, and chose the mass-circulation Bild newspaper to announce that he would now no longer be paying for Liliana's breast reduction operation. It seemed just a minor issue that he'd been out of a coaching job for 15 months.

Not for the first time, Matthäus is now, once again, being made to confront the question of whether his gossip-media ubiquity is damaging his professional ambitions. Having acquired a reputation for speaking into any available microphone, there is an enduring suspicion that the main reason why Matthäus never gets a crack at coaching a Bundesliga team is the onslaught of off-topic press he attracts. 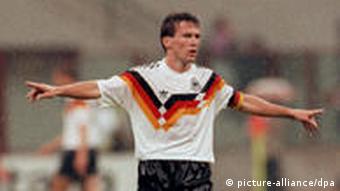 That suspicion was apparently confirmed this week, when Matthäus was very briefly linked to the coaching job at Hamburg, a Bundesliga post suddenly made vacant on the same day as he was sacked from the Bulgarian national team. HSV chairman Carl Jarchow could hardly move fast enough to drop the Matthäus-shaped hot potato, and scotched the rumors before the papers had a chance to commission the satirical columnists.

But he remains defiant about his right to a celebrity life. "Of course, one day I'd like to show what I can do as a coach in Germany," he told the Bild. "But I won't bend over backwards for a job in the Bundesliga and lock myself in my house for 24 hours just to win other people's approval. Why shouldn't I take my girlfriend Joanna across the red carpet to a charity gala?"

It's notable that the parallels with Franz Beckenbauer extend beyond their dominance in the middle of the park and their World Cup-winning glories. In the 1970s, Beckenbauer was also ridiculed as a media-hungry "peacock," willing to sell his image to the highest-bidding TV commercial. The Süddeutsche Zeitung daily ran an article at the time entitled "From Kaiser to advertising court-jester," and like Matthäus, the Bavarian colossus was attached to his share of iniquitous infidelity stories.

But as the perennially misunderstood Matthäus recently pointed out, Beckenbauer has been thoroughly rehabilitated in media opinion. "I don't wish anything bad on Franz, but he conceived a love-child and is still seen as the greatest," he lamented in an interview with the Süddeutsche Zeitung magazine last week. 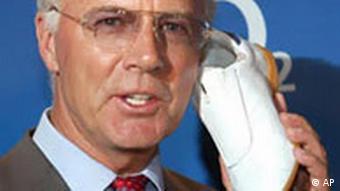 Beckenbauer had his share of unkind press back in the day

Of course, the key difference is that Beckenbauer revisited the pinnacles of football as a coach - on top of the World Cup, he won the German league and the UEFA Cup with Bayern Munich - while Matthäus never exactly set the world alight. His exile from the Bundesliga has seen him explore the wilderness of the football world, moving from Rapid Vienna, to Partizan Belgrade, to the Hungarian national team, to Atletico Paranaense (where he became the first ever European coach in the Brazilian league), to Red Bull Salzburg and Maccabi Netanya in Israel.

His coaching career has certainly had its moments: He won the Serbian league with Belgrade, the Austrian title (as co-coach) with Salzburg, and celebrated what must have been a very satisfying friendly victory over Germany with the Hungarian national side in 2004. His biggest success was in 2003, when he elevated Belgrade into the group stage of the Champions League. But none of these jobs lasted more than a season, and he leaves the Bulgarian national side having recorded just one competitive win.

No friends at home

Now the most-capped German player ever is back on the job market, and looks further away than ever from a triumphant return to the Bundesliga. He seems to be the most cursed of the cursed alumni of 1990 (an illustrious team of World Champion coaching underachievers that includes Andy Brehme, Klaus Augenthaler, Olaf Thon, Guido Buchwald, Pierre Littbarski, and, if you're a Bayern fan, Jürgen Klinsmann).

But Matthäus cuts a lonely figure even among this bunch. He may be a liability in the media and still unproven as a coach, but the magisterial lynchpin of the 1990 tournament remains the one man who never even got a shot in his home country.

Schalke coach Ralf Rangnick has announced his immediate withdrawal from football administration, saying he needed a break from the game. The club must now embark on a testy search to find a replacement. (22.09.2011)

Bundesliga side Hamburg and its coach, Michael Oenning, have parted ways after a very rocky start to the season. Hamburg's second team coach, Rodolfo Cardoso, will take over on an interim basis. (19.09.2011)

With its criticism of past coaches and their methods, the autobiography of Philipp Lahm, captain of Bayern Munich and Germany's national team, is rubbing a lot of people the wrong way . (25.08.2011)