Authorities have said the man responsible for a mass shooting at a rural community college in Oregon was armed with multiple guns. In the wake of the massacre, new details about the shooter continue to emerge. 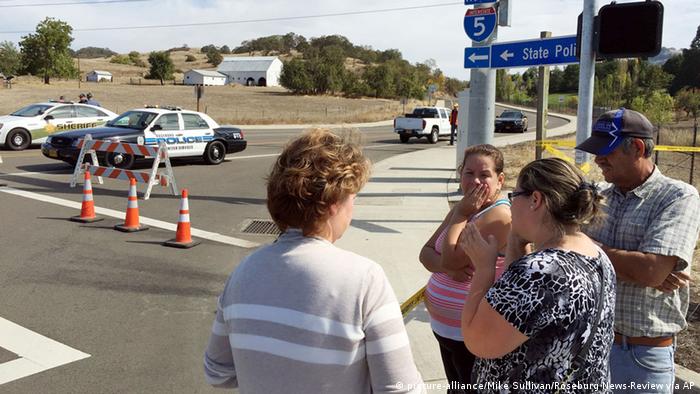 The gunman, 26-year-old Christopher Harper Mercer, was in possession of at least 13 guns on Thursday, the day he walked into a writing class at Umpqua Community College and killed and injured scores of people. An agent for the Bureau of Alcohol, Tobacco, Firearms and Explosives said six of those guns were found at the college and seven were found at his home, Reuters news agency reported.

At least nine people were killed and seven injured Thursday morning. According to one witness, the gunman asked victims if they were Christian before he shot them.

"Good, because you're a Christian, you're going to see God in just about one second," Mercer told one victim, according to CNN reports.

Mercer served in the US Army for a little more than a month before being discharged in December 2008, Reuters reported. 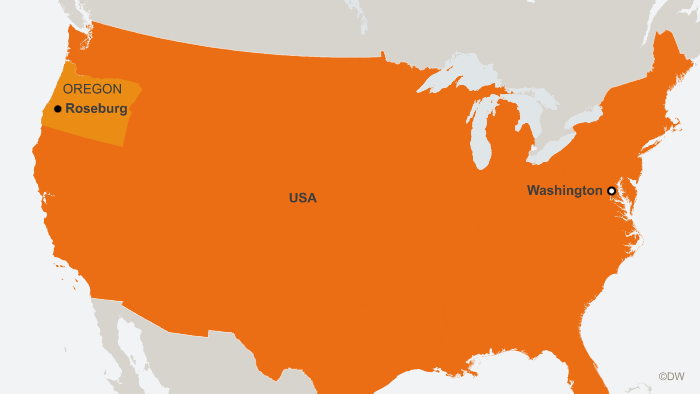 Oregon mourns Roseburg dead as Obama lashes out on guns

Police have identified the man suspected of killing nine people in a mass shooting at a US college. President Barack Obama called on Americans to pressure their legislators on firearms policy. (02.10.2015)

'Americans are allowing the insanity of gun violence'

A mass shooting struck another school in America, this time a community college in Oregon. Jonathan Metzl, an expert on gun violence and mental health, says school shootings are on the rise in the US. (02.10.2015)

President Barack Obama has called for the US to reconsider firearms policy after nine people were killed and more than 20 wounded in a shooting at a community college in Oregon. Police have killed the suspected shooter. (01.10.2015)