'Americans are allowing the insanity of gun violence'

A mass shooting struck another school in America, this time a community college in Oregon. Jonathan Metzl, an expert on gun violence and mental health, says school shootings are on the rise in the US. 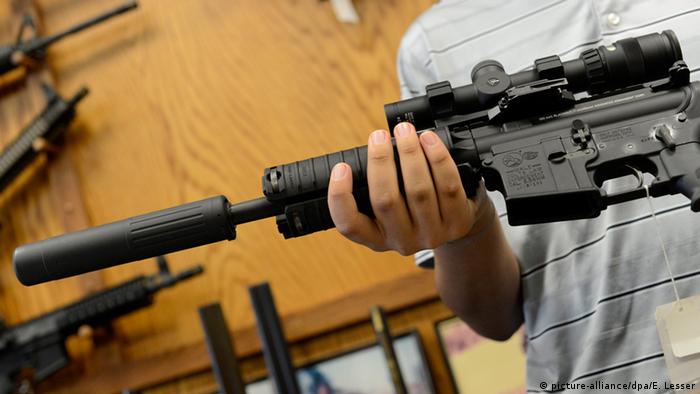 More than two years have passed since 20 children and six adults were massacred by a gunman at Sandy Hook Elementary School in Newtown, Connecticut.

Americans were shocked and horrified. There was a push by President Barack Obama to pass stricter gun control laws. But those efforts failed over the opposition of a powerful gun lobby, led by the National Rifle Association. In the United States, though most Americans support some form of gun control, there's a constitutional right to own firearms.

Since the Newtown massacre, there have been at least 141 school shootings in the United States, according to the advocacy group Everytown for Gun Safety. That's nearly one school shooting a week.

On Thursday, it happened again. A gunman opened fire at Umpqua Community College in Roseburg, Oregon. According to local authorities, at least nine were killed and seven were injured. Earlier reports had put the number of injured as high as 20.

Deutsche Welle spoke with Jonathan Metzl, an expert on gun violence and mental health, at Vanderbilt University in Tennessee.

DW: Are mass shootings at schools and universities becoming more common in the US? 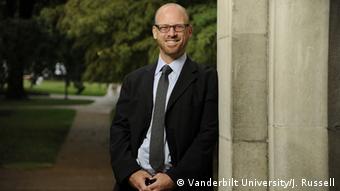 Jonathan Metzl of Vanderbilt University and the Safe Tennessee Project

Jonathan Metzl: School shootings are becoming increasingly frequent and increasingly horrific. There's no one answer as to why this happening. If somebody is determined, it's just incredibly difficult to stop them from doing this, because we have different laws state-by state for gun rights, even as they pertain to guns and schools. In my opinion, we need a national referendum on this issue.

There's a lot of copycat phenomenon that happens with these shootings. To create a national scene, you have to top the last student. We've seen that with Newtown, with all these school shootings, you really have to do something outrageous to make your name known.

The rate of getting shot on a campus is less than one percent per 100,000 people. Among the general public, it's between six and seven percent per 100,000 people. Particularly for college age people. What we've seen largely on college campuses is that creating gun free zones is highly effective in protecting against gun violence. College campuses are particularly safe spaces.

How do these shootings continue to happen in supposedly safe spaces?

College campuses increasingly mirror society. As there are more guns and more shootings, more disgruntled people turn to guns as a way of resolving a host of issues. Guns become the way conflicts are solved. Everything from interpersonal issues, unhappiness about grades, unhappiness about some of the social aspects of college. We had a professor who shot another professor at a college in Mississippi a couple of weeks ago. Part of the issue is that there are just more guns around.

After the Newtown massacre, there was a push to introduce stricter gun control at the national level. Those efforts failed. Will the massacre in Oregon lead to the implementation of more gun control?

People are increasingly horrified by what's happening here. It's not like it's a big mystery. Mass shootings are difficult to predict or stop, but with everyday shootings it's pretty straightforward how you can stop this.

We want universal background checks. We want people who have had histories of violence and other factors to be screened. There should be a testing system just like there is to get a driver's license. It may not have stopped this shooting, but it will stop everyday violence and everyday shootings. We have 32,000 people dying a year in the United States by gun violence.

In a statement after the shooting in Oregon, President Obama said "this is a political choice we make, to allow this to happen every few months in America." Is that true?

Americans are allowing the plague, the insanity of gun violence on a mass level to happen by making it easier for just about anybody to get a gun. That's absolutely true.

Jonathan Metzl is a professor of psychiatry and director of the Center for Medicine, Health, and Society at Vanderbilt University, in Nashville, Tennessee. He is also the director of research for the Safe Tennessee Project.