Russian opposition activist Alexei Navalny has filed a lawsuit at a Moscow courthouse contesting the results of the city's mayoral race. A Kremlin-backed incumbent was declared the narrow winner over the weekend. 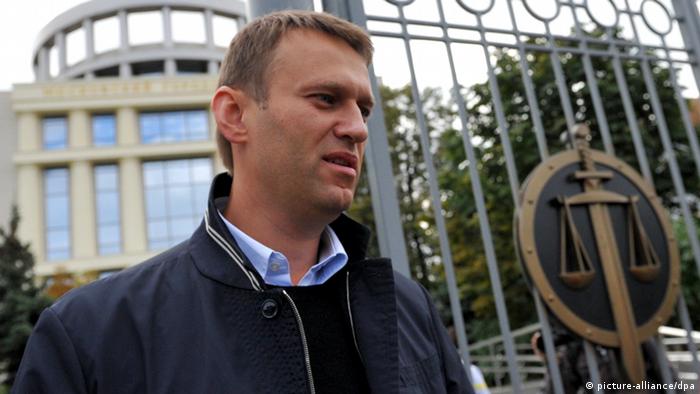 Navalny said Thursday he had brought more than 50,000 pages of documents supporting his claim that the results of the election were unfair.

He said his team had evidence that Sunday's vote was partially rigged in favor of incumbent Sergei Sobyanin, who was credited with getting 51 percent to Navalny's 27 percent.

Had Sobyanin captured less than 51 percent of the support, he would have been required to hold a runoff against Navalny.

Sobyanin was sworn in for a new term on Thursday evening in a ceremony led by his ally President Vladimir Putin. However, Navalny's team insists that Sobyanin won only around 49 percent of the vote and that the inauguration should have been called off.

"We don't recognize the results of the elections," Navalny said outside the courthouse, surrounded by boxes of what he said was evidence of his claims. "We believe that the election on the whole should be cancelled because administrative resources have been used."

Opinion: Look to Yekaterinburg, not Moscow

On the surface, Moscow's mayoral polls went just as expected. Putin's outspoken opponent Alexei Navalny had a respectable showing despite his loss. But another result is more significant, writes DW's Ingo Mannteufel. (09.09.2013)

A spokeswoman for the Moscow city court told the AFP news agency that it had received Navalny's petition and that the court has two months to review it. Similar complaints have been filed with three dozen district courts, Navalny's team said.

Navalny's campaign team accused the mayor's office of falsifying election results, saying Sobyanin manipulated the "voters from home" program, which makes it easier for the elderly to cast their ballots. Sobyanin is backed by much of the older, more conservative members of Moscow's population, and Navanly claimed that many of them had been encouraged to vote despite not properly registering.

Putin, however, has praised Moscow vote and other elections that took place around Russia Sunday.

"The legitimacy of these polls, their transparency, their accountability were on such a level which we have probably never before had in our country," he said.

Golos, Russia's independent election monitor, has supported Navalny's calls for a recount. Although it says it saw no widespread vote-rigging, it expressed concerns about issues like voting from home, which could have pushed Sobyanin's final tally to 51 percent.