Opinion: What's next for journalism in the Erdogan era?

Journalists have had a hard time in Erdogan's Turkey: initially dismissed from their jobs, hundreds went on to be arrested. Now, they're grappling with the publication of a blacklist. Bülent Mumay asks what's next. 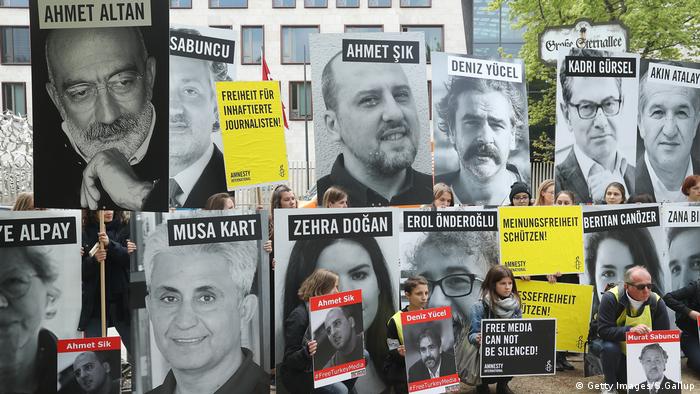 It has never been easy to work as a journalist in Turkey. Erdogan, the inventor of "advanced democracy," has created a climate in which journalism has become one of the most dangerous professions in the country. At a time when the nation is ruled from a palace, when the media has essentially been taken out of action via legal and financial means, Turkey has, in effect, turned into the world's largest prison for journalists.

Now, a "think tank" known to be in Erdogan's back pocket has presented a report on foreign media showing that Turkish-speaking foreign media are the next target. Among those on the list are DW journalists who were denounced and downright blacklisted with the publication of personal information such as CVs, their ideological attitudes and their social media activity.

A look at the AKP's media policy since it took office in 2002 helps one to understand why this threat against Turkish-speaking foreign media has now occurred. Before Erdogan, most of the media moguls bought newspapers and television stations to put pressure on the respective governments and increase their own assets.

When Erdogan took over, he didn't change that scenario, but altered the method, making sure that entrepreneurs whose pockets he had filled with the help of state tenders took over the media. Previous media owners were forced to use contractors whom Erdogan had made rich with major projects such as airports and bridges. Anyone who dared to report critically in the media after the change of ownership was either fired or arrested. 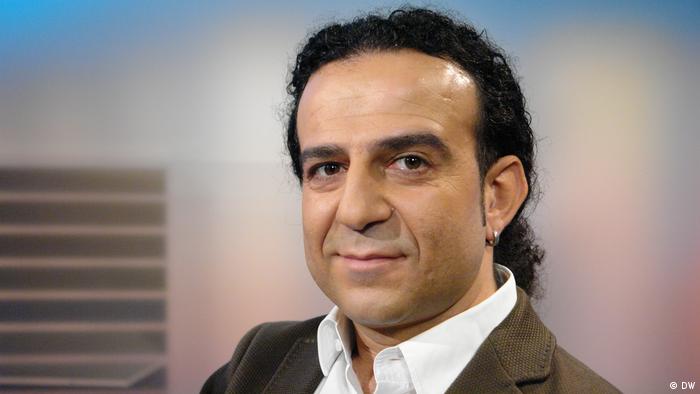 The Turkish media, 95% of which, according to reports by Reporters Without Borders and the International Press Institute IPI, are directed directly or indirectly from the presidential palace, were transformed into propaganda instruments. We're talking about media in which the word "price increase" was banned and replaced by "price adjustment" in times when the cost of living was rising due to constant inflation.

After a while, however, the audience grew tired of publications that constantly praised the government while demonizing the opposition. In order to obtain facts instead of reading propaganda, citizens turned to alternative outlets and the sales and ratings of the palace propaganda media collapsed.

Increasingly, foreign media in particular which publish and broadcast in Turkish via the internet, filled the vacuum created by Erdogan's handling of the domestic media. An annual study conducted by the renowned Kadir Has University in Turkey provided a reason for the panic in the palace regarding foreign media. In 2015, 49% of the citizens still used newspapers as news sources. According to the most recent study released in 2019, only 20% do so now. In contrast, digital media, which Erdogan cannot control, has developed into an alternative that reaches nearly 90% of people. 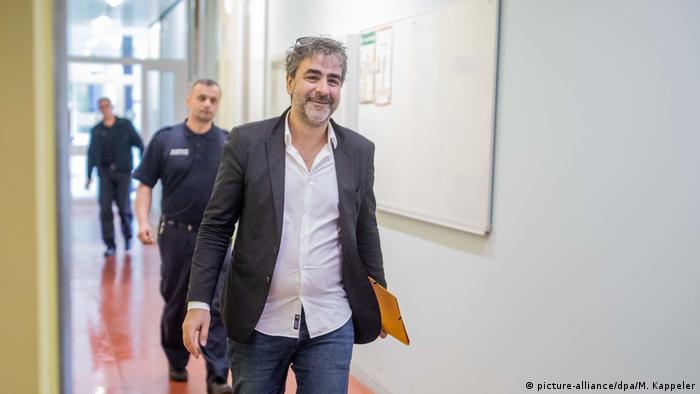 When control over the Turkish media world was no longer effective, "the extended arm of international media organizations in Turkey" came into play. A report by the same name was released by the Foundation for Political, Social and Economic Research (SETA). The foundation is run by Erdogan loyalists and headed by Serhat Albayrak, the elder brother of Erdogan's son-in-law, Finance Minister Berat Albayrak. He is also Chairman of the Board of the largest government-related media group in Turkey. Virtually all of SETA's senior management is active in an advisory capacity for Erdogan. This is why it would not be inaccurate to say that Erdogan is behind the denunciation of Turkish journalists who work for foreign media.

I am one of the "extended arms" of foreign media, as branded in the 202-page report. In 2015, I was dismissed from the Hürriyet newspaper after 19 years of pressure from the government. As if that weren't enough, I was arrested shortly after the coup attempt of July 15, 2016, so that I couldn't take up a new position elsewhere. After my release, I had no possibility to continue working as a journalist in Turkey. The only way to report on events in the country was through foreign press organizations.

For three years I have been regularly writing the column "Letter from Istanbul" for the Frankfurter Allgemeine Zeitung. I also work for DW's Turkish editorial department. Apparently, however, this refuge has also been taken from us journalists. According to the SETA report, which reads like an indictment, we will either foreseeably lose our freedom or become victims of the vandals who have been incited against us.